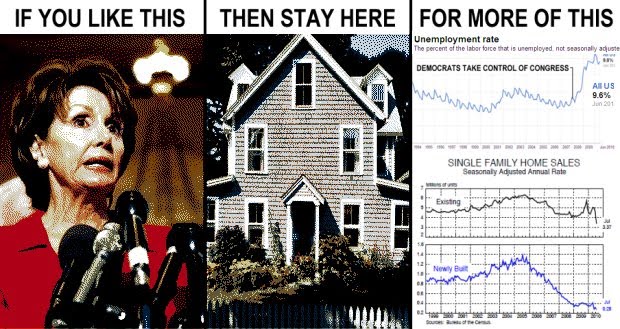 at 9:54 PM
Email ThisBlogThis!Share to TwitterShare to FacebookShare to Pinterest
Labels: Protecting America

The real story of the moment is the TEA PARTY EXPRESS MUSCLE MACHINE, slashing and burning their way accross the USA. And the various Conservative Celebrities who are slandering for the cause.

O'Donnell wins, after so many lose their credibility offering bold lies and demeaning expression for others!

As all is left BURNING in the wake.

Now, COONS the Democrat will probably be elected - wouldn't doubt the majority of those slandered by the O'DONNELL PUSH will actually turn sides to aid the Democrats as well, for the effort was so ugly.

And now? The big loser is the American Pubic. AS the chances of the Republicans taking control of the Senate, to be able to control the VALUABLE COMMITTEES, are getting dimmer by the second, due to our own efforts.

Well, if they get Ms. O'Donnell to win in Delaware?

Yeah, I have fantasies which will never come true as well.

And it will be such FUN, to hear the TEA PARTY EXPRESS outraged that REPUBLICANS aren't doing enough to STOP Obama's Judicial Nominations for the two years up until the 2012 election - when again the Republicans have no power to really stop this folly in COMMITTEE.

I would NOT DOUBT, Democrats all joined in to vote for O'DONNELL, just as the helped vote for MCCAIN in the last GOP Presidential Primary.

My guess is, we are giving some basis to the ugly STEREOTYPES the Democratic Partisans use to debase Conservatives.

We are showing a real self destructive nature...

Nothing to be proud of, just ugly.

And it all helps the likes of the DNC TITANIC.

Ironically, if the TEA PARTY EXPRESS were grouped like this back during the NJ PRIMARY, we would still have Corzine as the Governor. For the FASHION wanted LONEGAN, who is a good man, but could not get elected to a statewide pie eating contest. And Christie is an EVIL Republican connected to the Bush Administration - or at leasat that is what the FASHION said back then.

Oh well, the egos of Rush, Hannity, Malkin, AllahPundit, Levin, etc., will be appeased for a Month or so.

All my concerns about the TEA PARTY EXPRESS OFFERING.

It all focused on the small, a Republican with imperfections here and there.

I have been thinking about MAJORITIES all along. Big stuff, power.

Weren’t you disgusted with Al Franken holding the GAVEL?

Well, we just helped give him the GAVEL for another 2 years, by nominating O'Donnell.

Unless you pull off a miracle…

The failure to see McConnell holding the Senate Majority position, has cursed us all.

This was a Democratic Partisan controlled SENATE SEAT for DECADES. Biden was finally out, we were finally going to get someone to caucus with the Republicans - thus hopefully empower the Conservative Majority in the Republicans in the Senate to control all once again, like Committees, Time Tables, Order, etc.

With O'Donnell, and more weaker Candidates provided by the fashionable Identity Movement, we are probably going to see Reid control this for another 2 years - protecting Obama and the Democratic Partisan disaster.

I see a lack of substance, ability, objectivity, reason.

No ‘common sense’ here at all.

A safe Senate Seat in Delaware for Republicans, to help build a Majority against Obama, is probably now gone.

After years of the Democrats holding it.

Maybe some of these Democrats will reconsider retiring from the Senate now.

Chances are, they will be holding on to their Committee Chair.