My Best Idea Ever: Let's Implement the DISPOSE Act!

Democrats have now twice come within a gnat's whisker of squelching conservative free speech. The Orwellian DISCLOSE Act would grant political free speech rights to unions while simultaneously stripping these rights from businesses. The bill requires War and Peace-style disclosure from businesses, limiting their ability to advertise on television and radio.

I've thought of a way to fight back, which -- in my humble opinion -- is nothing short of brilliant. The DISPOSE Act would take care of situations like this one: 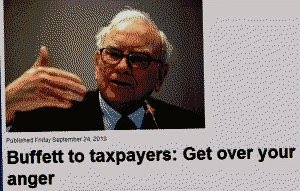 “Sentiment has turned very sour in the last three or four or five months,” the chairman and CEO of Omaha-based Berkshire Hathaway Inc. said in an interview broadcast Thursday.

“I hope we get over it pretty soon, because it’s not productive,’’ Buffett said. “We will come back regardless of how people feel about Washington, but it is not helpful to have people as unhappy as they are about what’s going on in Washington.”

More than three-quarters of U.S. investors view Obama as anti-business and are pessimistic about his policies, a Bloomberg survey this month indicated.

The U.S. unemployment rate is 9.6 percent, even after an $814 billion stimulus measure enacted last year and other government actions.

Actually the number is closer to $860 billion, but who's counting? After all, it's only your money.

The DISPOSE Act would directly target crony capitalists like Buffett, Bill Gates and others. These men have used the free market system to make tens of billions of dollars each and yet they support Obama, the Democrats, and the continued growth of government at the expense of the individual. 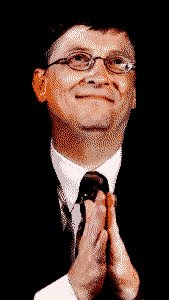 The DISPOSE Act would modify the income tax law: if an individual or corporation publicly advocates increased taxes, unwarranted Keynesian deficit spending, or other anti-free market policies, their tax rates would immediately double.

But, Doug, I can hear you say: that would contravene the First Amendment! Ah, but here's the brilliant part, if I do say so myself (humbly, of course): the DISCLOSE Act has already laid the precedent for this action. If corporate free speech can be targeted, why not Buffett's companies -- or Gates'?

Perhaps a First Amendment challenge to the DISPOSE Act would rule it unconstitutional for individuals. But if the DISCLOSE Act -- that targets corporate free speech -- is presumably legal, then penalizing every company on which Buffett serves as a board member or officer would therefore be equally legitimate.

After all, men like Buffett have made huge fortunes -- which no conservative begrudges in the least -- but they now advocate for policies that destroy free enterprise and crush capitalism. So DISPOSE would target companies whose board members or officers attack the free market.

After all, the Constitution is not a suicide pact.

My hope is that the DISPOSE Act would shut these crony capitalists up. Because anyone who's benefited from the immense tapestry of riches offered by the American free market system should evangelize it -- not participate in its destruction.

nice for Buffett. Maybe he outta come down and view things from our level? F&*^ him
Frank G