Why was Goldline targeted by Congress? Because it advertises on conservative talk radio. ... ... ... that is all, comrades.

In a politically incorrect era, some might call it "fascism". 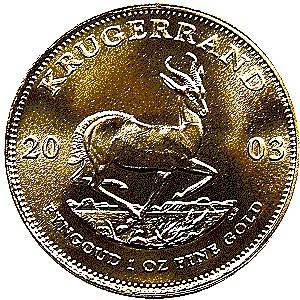 The vicious Statists known as Waxman and Weiner -- no relation, unless you feel one is warranted -- have targeted an advertiser on conservative talk radio named Goldline. The half-century-old company is a precious metals dealer that specializes in coinage.

Why are Waxman-Weiner picking on Goldline?

Because the company advertises on conservative talk radio. That much I can say with certainty, given my analysis of gold bullion pricing.

The following testimony of a Goldline executive is -- frankly -- depressing because it exists. Why should a California-based coin retailer be forced to testify in front of Congress?

Because the Democrat Party is completely out-of-control.

The decision on where to advertise is based upon sound business decisions, not political ideology. Currently, the most popular talk radio shows in the United States are hosted by conservative commentators such as Messr[s]. Beck, Levin and Thompson, and Ms. Ingraham. The demographics of these radio programs strongly favor those who are inclined to diversify their portfolios with precious metals. (This is best exemplified by the number of competitors who advertise among these same marketing channels.) The radio hosts themselves share an interest in owning precious metals, an important consideration when deciding where to advertise.

By that same token, Goldline’s choice of advertising is not limited to a narrow political spectrum. Before his untimely death, Goldline’s principal spokesperson was Jay Johnson, a former Mint Director and Democratic Congressman. Mr. Johnson shared a firm belief that precious metals were an important component of a diversified portfolio. Mr. Johnson was also an avid coin collector who wrote and spoke about numismatics.

Goldline also advertises with other major networks including CNBC, History International and CNN. Goldline has advertised with approximately 14 different networks within the past 12 months...

Why does Goldline have to explain itself?

This is a free country, right?

We don't live in Venezuela, correct?

The modern, Soros-funded Democrat Party is an outrage. This country's founders are spinning in their graves so fast that the Earth has tilted off its freaking axis.

"Those of you who wish to understand the criminal organization masquerading as a political party — that would be the Democrats — need only to remember one thing: the very first Democrat vice-president, Aaron Burr, shot and killed one of the Founding Fathers, Alexander Hamilton. Although charged with murder in both New York and New Jersey Burr, of course, skated. The tone was set right from the start."

Their corruption has grown millions of times worse since their beginning.