ObamaCare Already Depriving Children of Health Insurance--The Unintended Consequences of a 2,200-page Bill That No One Read

Democrats don't appear to be very proud of their historic health care reform law, passed at midnight using an unprecedented series of bribes and accounting skulduggery. And with news like this, I don't blame them from sprinting as far away from Pelosi, Obama and Reid as they can get. Hint: it ain't gonna work. Here's Denver's ABC-7 News: 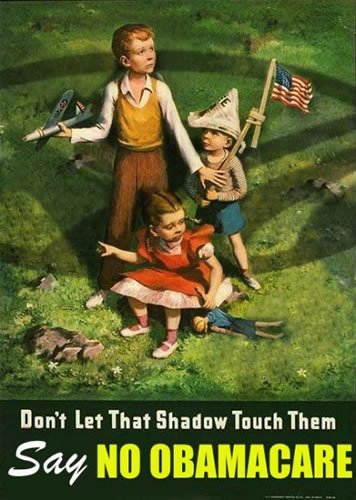 Thousands of Colorado children will soon have fewer options for health insurance. And parents who may not be able to afford it for themselves, but want it for their children won't have that option.

Ironically the change is as a result of the health care reform act.

7NEWS learned several large insurance companies are no longer offering child-only health policies... Child-only policies are typically obtained by families because sometimes it's cheaper than a family health plan through an employer. But most often parents who cannot afford health insurance for themselves purchase a child-only policy to make sure their kids are insured even if they are not.

The Affordable Care Act requires insurance companies which offer child-only policies to take all kids, even those with preexisting conditions... According to Robbie Zirkelbach, of America's Health Insurance Plans, this is an issue the government did not see when it passed the Affordable Care Act...

Considering no one read the damn bill, Robbie, I think it's fair to say that there will be millions of unanticipated consequences, nearly all of them abysmal for society.

When 7NEWS contacted several insurance companies for comment, many did not want to talk about the changes.

I don't blame the insurers for being circumspect about the real reasons for their coverage changes. The last time they spoke freely -- as is their First Amendment right according to rumors spread by the evil Tea Partiers -- the Chavez-like central government threatened their livelihood.

As a result of this change, clinics such as Rocky Mountain Youth are anticipating an increased client load... For nonprofits dedicated to helping children this is a major concern... Wolk tries to reassure his patients that health care reform is fluid and changes can occur.

The scope of the disaster known as ObamaCare is only beginning to reveal itself.

And people will most definitely die -- needlessly -- as a result. We know that from mortality statistics comparing the U.S. with Canada and the U.K..

Thank a Democrat in November.

The cartoon which is made here is very nice and determining whole of the story in their words. So that is great.