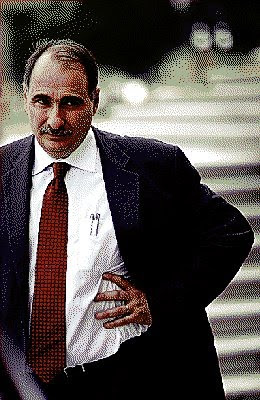 ObamaCare--It's Even Worse Than We Thought: WashExam
Chris Coons is wackier than Christine O'Donnell: WashExam
Obama Made Us Do It!: Hanson

Well, it looks like ACORN laundered millions of your money: Malkin
The Democrats Surrender: Betsy's Page
Sorry, But We Deserve Our Schools: AT

No, Your Argument Is Incoherent!: Surber
What's Wrong With This Picture?: BrutHon
Liberal media goes on attack against GOP's Boehner: Post

Vatican Official: 'Islam Will Sooner Or Later Conquer Majority of Europe': GWP
Australian Muslim cleric calls for a beheading. Who cares?: WashExam
How to Win the Trade War with the Democrats: AT

Rant of the Day: SondraK
The Last Best Hope: Ace
Men are from Mars...: SondraK

That Hot Air link regarding DeMint talking about the Senate GOP aiding Murkowski's "treason" is really rather humorous.

The big problem is, there are those who seem to think they can treat the likes of Murkowski and others in the most vicious manner, vilifying in every sense - then expect those they have demeaned and dehumanized to act accordingly to their wishes.

This is hardly Conservatism...

But we see this Fashion grow and it is sad, for it is less about sound representation or policy, than about an Identity - Authoritarian Movement. Either join the 'groupthink' or we are going to belittle and destroy you.

That is what the Democrats do.

Murkowski was called everything under the sun in an effort to get Miller the Nomination. Even after the vote, the Miller - Palin - Tea Party Express Camps - along with a vast number of Bloggers and Pundits like Malkin, AllahP, Reynolds, Reihl, etc., all took to more vitriol, pushing the most regretful conspiracy theories.

The 'unhinged' nature which views the GOP as some monster on par with the Democratic Party is part of this Fashion, which lacks objectivity, reason, honesty.

Anyhow, the effort to provide better representation and policy, more Conservative Candidates is a positive, except it is all about how it is done. The vitriolic witch hunting cries are only making enemies needlessly. One cannot blame Murkowski, or any other Politician for they were deemed an 'enemy' and removed from inclusion. Instead of a more constructive challenge, especially with someone who has a 70% ACU rating, we turned her into another opposition element.

She is partly culpable, but we all "reap what we sow".

Miller should be reaching out to her, just as many Conservatives, to get her to be part of a sound team. But the damage is done. We see similar destructive concepts around the Country. Delaware is a real waste of a potential Seat to block the Democrat insanity, at a time when it is essential. Giving Democrats Seats in the Senate is a fools game. So is burning down the entire farm, for the sake of Fashion.

The same hyperbolic madness which debased Our own interests after 2004, some of it being a product of ego via well intentioned sideline cynics, continues to reign. We can only hope cooler heads prevail, and the Nation is best served with a serious victory in NOV and 2012. The Conservatives Majority within the GOP must be empowered, before it is all lost.