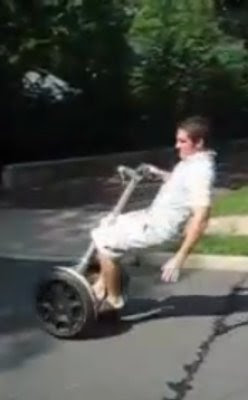 An Argument We Can't Afford to Lose: Wizbang
Biden Stumbles Into the Truth Again: Riehl
Our Future?: Moonbattery

Big Green: Environmentalists don't care about clean air and water: WashExam
Energy Independence: Are You Serious?: AT
Global Power Elite Backing Away from Global Warming: AT

And yet, Pundits like Reihl and Malkin (just like Allahpundit) really seem to lack a healthy ability to offer a constructive insight for sound Conservatism.

Reihl is lost in a dementia of being so anti-GOP, his conspiracy theories often resemble the insane Kos Kiddies. So much so he lied (or was purely ignorant about) Castle's record regarding an impeachment vote. It never happened in the manner he foolishly promoted. His credibility is nothing now.

Many of these type of Pundits are the same who took down our best interests with similar baseless hyperbole after 2004. Whether it be ego, hubris, a lack of ability, a jaded cynical obsession, etc., they simply fail to have a constructive, objective, reasoned offering.

It is easy to provide content rebuking the disastrous Democrats. They are that awful, corrupt, destructive, etc. Yet, many of Our own are nearly as destructive in their efforts, providing wild childish nonsense. Reihl is a prime example, and at times, so is Malkin - who once childishly called Ms. Meirs a "Bellhop". Reihl called Christie of NJ a similar juvenile name. Such sophistry is not conservative, or needed, and debases a great movement created by serious responsible Leaders like WFB and Reagan.

The major problem with the likes of the Fashion these type of Pundits peddle, (even if we are thankful they are on the right side - at times), is they weaken the cause, create mindless divisions, grow unneeded enemies, build opposition, etc.

Even now, Rush (this comes from an old time diddo head), plays the same weak game of fashion - at times employing ugly class warfare amongst Republicans. He seems more interested in many cases, to be threatening the GOP than he does the Democratic Party, to appease a misguided fashionable anti-Republican dogma. Perhaps it is to play to the the Tea Party Express (which is decidedly different than the original Tea Party Protest Movement).

The GOP is not the primary priority of today, nor is it the potential cause for a possible "3rd Party" as the Golden Mic Celebrity suggests. This all stems from a distorted view of the Republican offering, as the record clearly states the case the 'punishment does not fit the crime'. It is the same fashion which produced the flops of the Reform and Minute Men adventures. Much of it is self aggrandizement, some of it is very extreme elements, and bitterly jaded sideline cynics, who are not Conservative at all.

Reason and facts are the essential aspects of the Conservatives strength, but today we see a Fashion which seems driven by reactionary, emotive, Identity Authoritarians - without sincere Leadership to guide all to a more productive political offering, which will stop the Democrat Destruction. We almost seem to want to enable the folly. Fashion always flops - just like the FRED HEAD folly which helped give the Nomination to the disastrous Maverick.

For starters, to be constructive, Malkin, Reihl, Limbaugh, Hannity, Levin, the Tea Party Express, etc., could quickly move to Delaware to vote...