The end always justifies the means with the leftist cranks who control the modern Democrat Party. The preposterous loons at ThinkProgress -- who actually appear to long for the days of the old Soviet Union -- are shrieking in agony over Sen. Jim DeMint's 'obstructionism'. 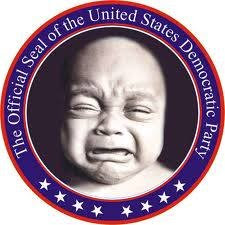 Two weeks ago, the Progress Report warned of a nightmare scenario where a single senator decides to object to virtually every measure being considered by the Senate, a maneuver could effectively bring the entire body to a screeching halt. Now, Sen. Jim DeMint (R-SC) has come close to turning this nightmare into a reality...

...DeMint can get away with this stunt because the Senate’s rules are ripe for abuse. Unless all 100 senators agree to begin and end debate on a bill without objection, the dissenting senators can force up to 60 hours of uninterrupted debate before a final vote can take place...

Oh, the humanity. In truth, the less Congress meets, the better off the American people are, based upon the unconscionable actions of the 111th Congress. 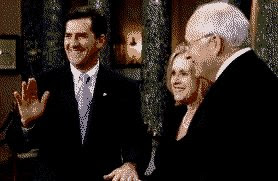 Never once does the insipid Ian Millhiser nor his crack band of dimwit commenters mention the reason for DeMint's action. Namely, he is trying to turn back the Democrats' unprecedented threats to spurn representative government and transform the lame-duck session into a Marxist wish-list.

Even if the American people repudiate Democrat policy by tossing 30, 40, 50 or 100 Democrats out of Congress, The Hill reports that Speaker of the House Nancy Pelosi and Senator Majority leader Harry Reid will try to stuff 20 pieces of climate change, pro-union, anti-freedom legislation down the American people's throats.

So who started this war of obstructionism? Who do you think?

• Who filibustered judicial candidates for the first time in American history? Democrats.

• Who threatens on an almost daily basis to change the Senate rules -- to kill the filibuster -- when it no longer suits their needs? Democrats.

• Who keeps trying to silence the opposition by hauling their advertisers before Congress? Democrats.

So when the morons at ThinkProgress open their mouths to complain about 'obstructionism', remind them that it is they who despise free speech and the marketplace of ideas.

Because they don't care what the American people think.

Think Progress is banning anyone not in lock step with the "Group Think" that goes on there. The comments on this are a riot because half of them are missing!

Speaking of ThinkProgress, is it still home to Little Matty Yglesias, the finest reason living to burn Harvard to the ground and salt the furrows?

@Randy -- around these parts, Matty is referred to as "The World's Dumbest Blogger", which is the term I hear he prefers.