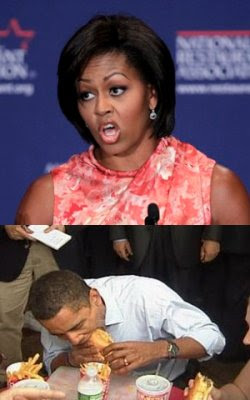 WSJ on 'The 1099 Insurrection': BizzyBlog
When Socialism Creeps In: Hanson
Preventing Your Government From Stealing Your Gold: Street

How Obamacare uses school lunch enrollees to expand its empire: Malkin
Why is L.A. Mayor Villaraigosa Trying to Kill Jobs?: RWN
The Polarizer In Chief: IBD

Oliverio vs. the 1st Amendment: Surber
‘Now is the Time For the Idiots Who Supported My Opponent to Unite Behind Me…’: Geraghty
Poll: Marco Rubio leads by 16, Alex Sink leads by 8: Buzz

Anybody But: Belmont Club
What D'Souza Doesn't Get Quite Right: AT
The Obama Limbo Party: SHN

Geert Wilders Warns America at 9/11 Remembrance Rally: LATL
Administration hails 'back door Islamist coup' in Turkey: AT
Iran Sinks Into the Much: Ledeen

To Life: Vanessa's Wedding Surprise: YouTube
Nutrition and Economics: We Know More Than You Do: MOTUS
The Top 20 #ObamaChildrensBook Suggestions: RWN

QOTD: "Conservatives should not tolerate the likes of Mike Castle because of the simple fact that a 51 member Senate with Mike Castle is a Senate where Mike Castle is the most important vote in the room. As Specter and others before him, that Senator will set the terms of policy debates, determining in advance what can succeed and fail. Those who advance the argument that a majority with Castle is better than being in the minority tend to place priorities on Senate committee chairmanships and staff ratios and lobbyist cash… a list which pales in comparison to the power they would wield as the broker for both sides. Again and again I saw this play out during my time as a Senate staffer, and anyone who tells you contrary is incredibly naive about the way legislative decisions are made.

As a friend of mine in the business of campaigns and elections has said, electing moderates simply to secure a majority for Republicans is a self-defeating proposition. We’ve seen this play out time and again. Career politicians abhor principle, and adore power and fecklessness. Their presence in Washington provides constant aid and comfort to the Left. They dilute the brand, confuse voters and sell out conservatives just at the moment they are needed most." -- Ben Domenech, RedState

The one who basically provided a fraudulent claim about Castle voting to impeach GW Bush? Total Nonsense.

The same one who called Christie a 'priss' or something similar? Total nonsense.

Please, this is not worthy of the link.

This is the same blogger, recent revealed to be rather foolish by Powerline, who claimed a generic 300 person poll of those working in Washington was proof the GOP hated the TEA PARTY Protest movement - (not even speaking of the TEA PARTY EXPRESS). Of course there was absolutely no data in the poll to prove anything like this. It was utter nonsense.

LGF was an embarrassment, Polipundit a fiasco, Riehl is heading down a similar path of dementia.

And if O'Donnell loses, will we see some admission of a mistake - even if this is the ONE seat which determines the power to block Democratic Partisan folly in the lame duck?

On that software thing. The tax collectors call software an asset and now it becomes an expence since you don't own it. Stimulus plan for lawyers and after this election, a bunch of them will be looking for work,