She's baaack! Guess who's behind the massive ObamaCare propaganda campaign appearing around the web? None other than Maoist Anita Dunn

If you're been surfing the web lately -- and, frankly, you're a loser if you don't spend at least 100 hours per week online (heh) -- you may have noticed the genre of ads depicted at right.

These ads intrigued me. They represent the tip of the iceberg of a massive web campaign; they also appear to typify a last-ditch defense of ObamaCare, which is increasingly unpopular despite Nancy Pelosi's exhortations. Or perhaps because of them.

So just who is funding this gargantuan ObamaCare propaganda campaign? 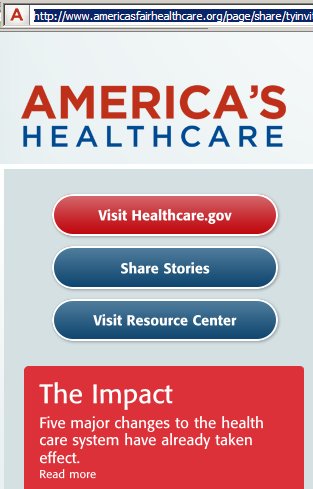 Its goal is the dissemination of provably false propaganda about ObamaCare, which it represents as follows: "Along with a coalition of partners, we work to explain to the public the benefits of the new law, how it affects consumers and when key regulations take effect. We also work to respond to misinformation and misperceptions about the law, educate leaders and stakeholders about the full extent of the benefits and provide a mechanism for policy makers and others to come together to share information and best practices that will help the implementation process."

In other words, the site is out to save the bacon of the few Democrat politicians who aren't already running away from ObamaCare. It's a front group, and a highly partisan one, which makes its 501(c)(3) status all the more curious.

Some of the lies marketed on the site have already been debunked by such right-wing outlets as the Associated Press and The New York Times. No, you won't be able to keep your old health plan. No, it's not going to reduce the budget deficit. And so on.

Check out the Soviet-style propaganda, the likes of which hasn't been seen in the United States since, well, never.

A more massive collection of lies you'd be hard-pressed to find in one place.

So who is behind the "Health (Mis)Information Center" or HIC?

According to The Puffington Roast, HIC is "a group supporting [ObamaCare] and founded by former Obama administration allies", which is "launching its own $2 million national cable and online ad campaign promoting the law and features that are now in effect or about to go into effect."

Among HIC's staff are: 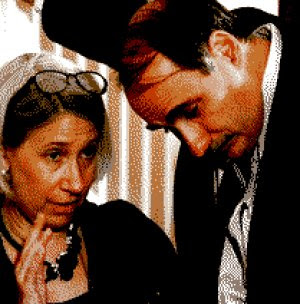 The fish-wrap of record reports that another founder of HIC is Maoist Anita Dunn, Obama's disgraced former communications director.

So that's what happened to her.

Also in bed with HIC is the ludicrously named "Families USA", which according to Discover the Networks, is a member of the "Progressive States Network", which worked closely with (you guessed it) ACORN and the SEIU to advance Marxism.

So remember who is behind this effort as you see these ads pop up all over the web.

That would be the conventional claque of Maoists, Marxists and union bosses, who are leveraging our own 'non-profit' tax laws to push a hyper-partisan, Statist agenda.


Linked by: Big Journalism and Verum Serum. Thanks!

Gee, a Maoist propagandist lies for Obama. Who knew?