The 10 Most Deranged Newsweek Covers of All-Time (Plus: This Week's Entry Breaks Into the Coveted Top Ten!)

Last summer Newsweek Magazine was sold for the tidy sum of precisely one dollar. Moonbattery alerts us to exhibit 9,360 proving that the buyer overpaid.

Check out the Newsweek cover exploiting the Tucson Massacre... (below, top left). Back in reality, Jared Loughner's favorite video features a wacko burning an American flag [and t]here is zero reason to ascribe any patriotic motives to Jared Loughner whatsoever. But Newsweek isn't about to let the truth stand in the way of the media establishment's narrative. Wrapping the killer in an American flag is sure to push the desired impression into the heads of people who aren't really paying attention and don't know what's going on... For the rest of us, the pernicious liars comprising the "mainstream" media no longer pass the laugh test.

Yes, you evil flag-wavers are to blame for the Tucson shootings, dontcha know? You and Sarah Palin, that is. 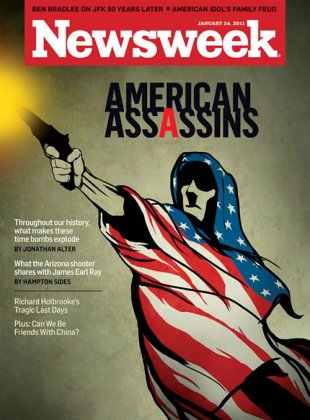 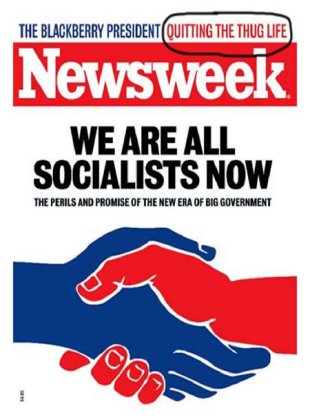 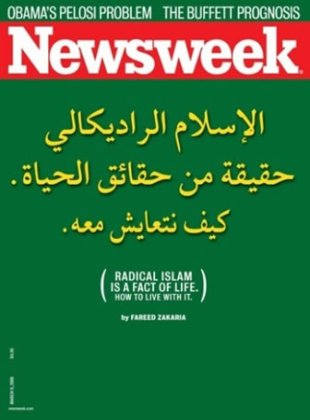 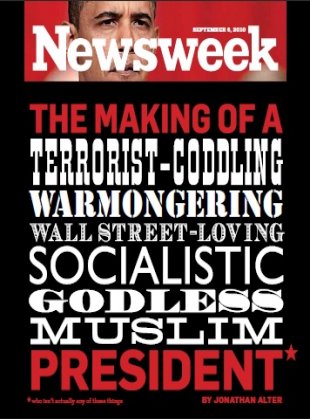 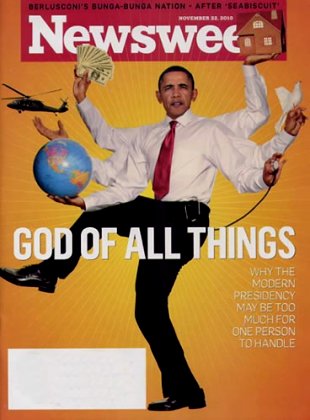 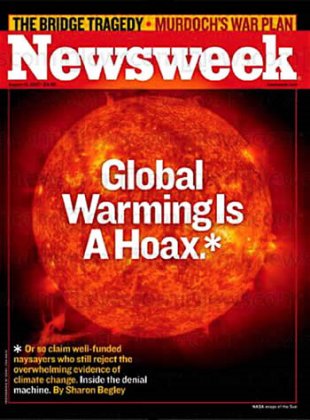 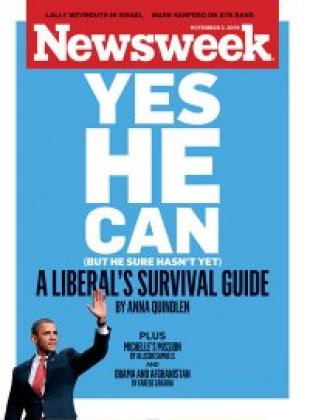 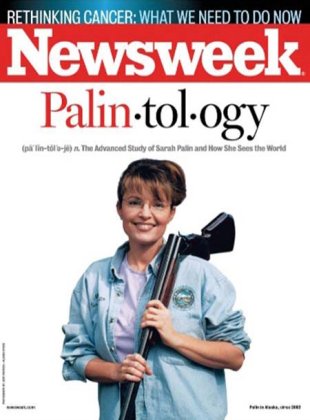 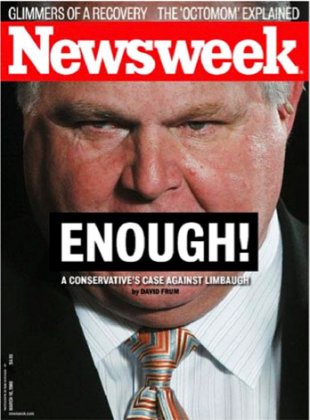 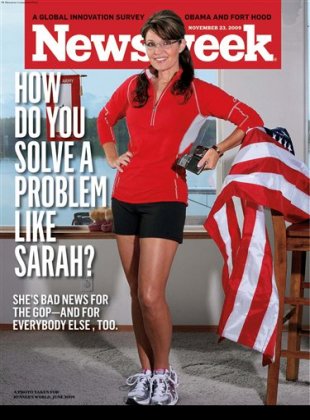 In the pantheon of derangement, Newsweek's carved out quite a niche for itself. Which is why the Topeka AutoTrader sells more copies each week.

Thanks! These are quite helpful to parodists everywhere.