Figures: Bird Die-Offs Have Perfectly Logical Explanations (Note to Eco-nuts: Global Warming Isn't One of Them)

The media is breathlessly reporting occurrences of birds falling out of the sky in various locations around the world. But at least one batch of birds falling from the sky was recently explained: in Romania, the fowl got drunk and died of alcohol poisoning.

On Saturday residents of Constanta, Romania found dozens of dead starlings. Fearing that the birds died from avian flu, they alerted authorities. After veterinary evaluation, it was determined that they actually died from drunkenness... Officials decided after analyzing their gizzards that the birds had ate grape “marc,” which are leftovers from the wine-making process, and had died from alcohol poisoning.

I hate to ruin another global warming scare story, but bird die-offs are surprisingly commonplace and generally have perfectly reasonable explanations. 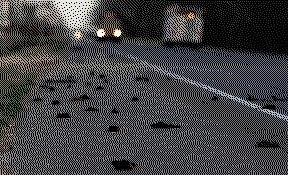 The mystery of the deaths of thousands of blackbirds in Arkansas this month has been solved.

They died of blunt-force trauma, according to the National Wildlife Health Center in Madison... The Arkansas Game and Fish Commission said tests for evidence of pesticide poisoning were negative.

...The mass kill spawned speculation that their demise was caused by a chemical pollutant - a fear heightened by the arrival in Beebe of workers combing neighborhoods in hazmat suits. As the story spread, other theories ranged from biblical apocalypse to proof of the presence of UFOs...

At least 3,000 red-winged blackbirds died on New Year's Eve near Beebe, Ark. Fireworks probably sent them flying from their roost sites... "It's believed that the noise startled them - they are poor night fliers - and they were in close proximity to neighborhoods, and they flew into homes and cars (and other objects)," Wright said.

Rest assured that -- despite these explanations -- the United Nations will attempt to leverage the Left's ignorance and hysteria to orchestrate another multi-billion dollar bunko scam.