This Week With Christiane Amanpour in 90 Seconds [Biff Spackle]

AMANPOUR: This morning, a special "This Week." Egypt, a possible home to the Lost Ark of the Covenant and land of the pyramids, is now swept up in a political uprising with uncertain consequences. Uncertain that is, to everyone except Barack Obama, whose intellectual capacity is unparalleled, as we all know.

OBAMA: The United States will continue to talk about the rights of the Egyptian people while doing nothing. Let's sort it out after the dust settles.

AMANPOUR: We get the very latest from Secretary of State Hillary Clinton who is following events closely from her den in Chappaqua. But first, a television appearance by Egypt's President Mubarak. 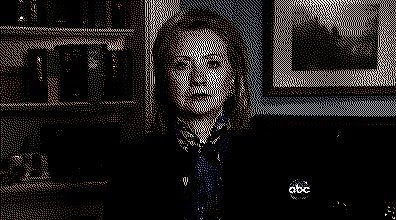 AMANPOUR: Perhaps the only one watching this situation as closely as ABC is Secretary of State Hillary Clinton, who joins us from her bunker in Chappaqua New York. Hillary, what steps you have taken to either assist President Mubarak or to promote Democrat freedoms in Egypt?

CLINTON: Absolutely nothing. We're carefully monitoring what's going on -- by the way, could your news broadcasts lighten up on the the E.D. commercials? And why are the people in these ads always in bathtubs outside --

AMANPOUR: Madam Secretary, do you believe that what Mubarak has done constitutes sufficient reform? Naming a VP, firing his cabinet?

CLINTON: We don't know. We just want to convey a very clear message of weakness. That we will do nothing either way. We'll talk out of both sides of our mouth and really won't encourage anyone, because we could take the wrong side.

AMANPOUR: A lot of the people here on the streets are telling us that they're angry, they think the U.S. is hedging its bets. 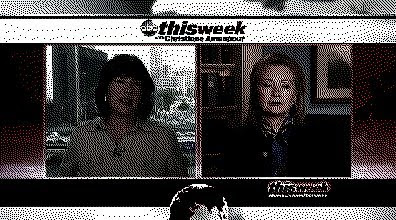 CLINTON: Damn straight. When President Obama visited Cairo early in his presidency, he alluded to the fact that he is going to vote 'present' on any issue of substance. We really don't want to be a superpower anymore. That's China's job now.

So, no -- we won't stand up to Iran, or Hezbollah's takeover of Lebanon, or the Muslim Brotherhood in Tunisia and Egypt, Hamas in Gaza, the terror-supporting nuts in Syria, or anyone else for that matter. Except Israel. They're easy to push around.

AMANPOUR: Thank you, Madame Secretary. And I'll email our producer about the E.D. ads.

Now -- you all know him. He used to be head of the feckless U.N. nuclear watchdog agency and an ally of the Muslim Brotherhood. His combination of skills got us a nuclearized Iran, so please put your hands together for... Mohamed ElBaradei! 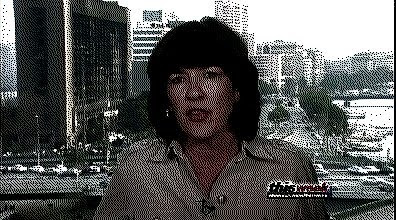 ELBARADEI: Christiane, it doesn't even begin to address people's concerns. We need a new Constitution so we can move toward what I like to call an Islamic democracy. So we can get the hard-line Islamic government that all Democrat societies need and demand.

AMANPOUR: How do you assess the reaction of the U.S. administration?

AMANPOUR: But President Obama is saying that the rights of the people need to be protected and reforms need to happen.

ELBARADEI: But he's also saying that the government should remain in control. C'mon Christiane, here's a dollar -- buy a freaking clue. The guy wouldn't take a stand in the Illinois Senate over dollar slots at the racetrack. You think he's going to make a call on [BEEP]ing Egypt?

AMANPOUR: As you know, the world is concerned that if Mubarak falls that the Muslim Brotherhood, an organization that once sided with the Nazis in World War II, would take control. 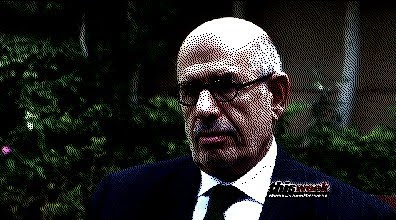 ELBARADEI: That's bogus, dude! The Brotherhood is religious, but very, very peaceful. It's true that they've spawned and funded terror groups all over the world and been linked to Al Qaeda, but I can assure you that all they would like is a worldwide Caliphate and peace. But mostly a worldwide Caliphate.

AMANPOUR: Are the Islamists behind this uprising?

ELBARADEI: Uhm, no. No. Why not at all. Of course not. Why would you ask?

AMANPOUR: How do you think this is going to end?

ELBARADEI: Geez, Christiane. It's not exactly difficult to puzzle it out. We've got a revolution like Iran's, a Carter-like President who won't lift a finger to help a Shah-like figure, and lots of Islamic patriots flowing in from all over the world to help out. What do you think is going to happen?

AMANPOUR: Mr. ElBaradei, I wish I knew. Thank you for joining us.

ELBARADEI: Thank you very much, Christiane, for having me. Allah Akbar!

AMANPOUR: Well that's all the time we have. Please join us next week when we lob more softballs at incompetents and dupes both in the Democrat Party and abroad.