The current posse of statist Democrats must have missed math class -- for 80 years in a row. 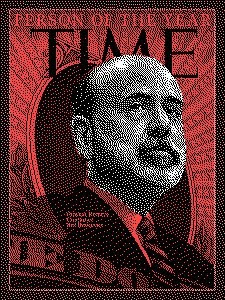 Anybody see a problem here?

This is what happens when you live in a state with no accountability, no transparency and massive political malfeasance. You and I are in effect tax slaves whose purpose in life is to work and pay exorbitant taxes so the elitist politically connected public employees can live in luxury when they retire - on our dime of course.

The person from the first line of the title is Dr. Renee Hartz, a thoracic surgeon hired by the University of Illinois to teach surgery. I am only guessing about what she actually did because records of her activity are very limited. In a Freedom of Information Act request I asked for her contract or offer letter outlining her job responsibilities plus pay and benefits included in her job offer. Despite pay totaling $567,479.10 per annum from 1991 to 1995 there were no records related to her hiring.

Of course, this delightful stewardship of the taxpayers' hard-earned dollars probably has nothing to do with this:

Financial analyst Meredith Whitney recently warned that a muni bond crisis "is the largest threat to the U.S. economy." She is noted for predicting the 2008 Wall Street meltdown months in advance.

I will make one prediction: if 'Helicopter' Ben Bernanke tries to monetize municipal debt, all hell is going to break loose.