Hey, Democrats: How Many Years Before All of the Outrageous Bills You Slammed Down Our Throats Become 'Living and Breathing'?

Liberals have a fundamentally different perspective on Constitutional interpretation than conservatives. Conservatives believe that there is only one legitimate way to interpret the Constitution: as it was written. This school of thought is called originalism and no less an intellect than the mighty James Madison said the following regarding this approach.

Do not separate text from historical background. If you do, you will have perverted and subverted the Constitution, which can only end in a distorted, bastardized form of illegitimate government. In effect, the Obama administration. 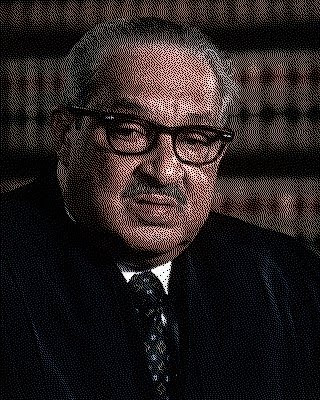 Liberals have invented all sorts of clever schemes for avoiding originalism, even though the Framers studied thousands of years of human history to create a resilient, flexible framework upon which the body politic could grow. They have discovered numerous methods to reject the nation's highest law, upon which they take an oath to uphold when they enter office!

• They reject originalism through the lens of technology: Gee, the framers didn't talk about the Internet, so we've got to create brand new rights from whole cloth!...

• They reject originalism through another fairy tale called 'Judicial Review': Hey, we don't like that legislation, so we'll just dismantle it.

In short, liberals view the Constitution as amorphous and flexible -- "living and breathing", if you will -- in order to advance their agenda.

But I ask you: many laws and contracts are very old (even 99-year leases in Hawaii appear to be commonplace) -- so how many years do we have to wait to call the laws we don't like 'living and breathing'?

Because these laws, contracts and other agreements can't possibly be binding once they hit that limit. They've got to be living and breathing, because the terms could never anticipate all of the changes in technology, transportation and communications... right?

So how many years must we wait before we reject all of the liberals' failed social engineering programs by reinterpreting them under this 'living and breathing' escape hatch?

Not that the country will survive on the spending glide-path we're on right now. But I'm just wondering. Any liberals care to venture an answer?

I've been blogging this topic for years. The problem with the "living Constitution" is that it makes of the unelected jurists a super-legislature, allowing them to amend the Constitution upon a whim. How the Ct. has not corrected itself on this, given that the Constitution contains not one but two methods of amendment, means we have a deep, systemic problem. Indeed, I consider our Courts now to be the greatest threat to our nation. We can undo the work of Obama within a decade. But how long have we been living with Roe. How much damage will be done to our military and national defense by Boumedieme. What about the destruction of our 5th Amendment by Kelo. It is a travesty

It's not that Originalism is the main issue, it's the fact that they don't really use morals so they feel they can use any tactic to get their way.

So we focus on the basic concept of Originalism and they couldn't care less - in other words, our logic simply bounces off them.

The answer is to do what we are doing now but with greater zeal and with the knowledge that they really dislike Western Civilization, the US, limited government and individual freedom.

To me, our efforts need to include the fact that they don't subscribe to our system.