Obama to Egypt's Coptic Christians: "If I were in your shoes right now I’d be..." "LEAVING! What a GOOD idea!"

Or, as Jim Hoft puts it: "Egypt is the New Iran". Hoft's friend Ari David describes the implications of Mubarak's fall and Obama's culpability in stark terms. 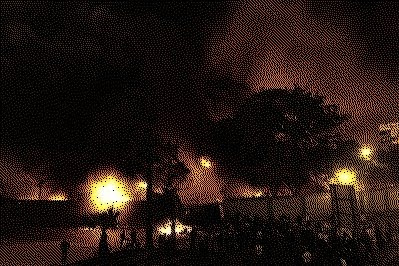 The circle is now complete. This week Barack Obama truly became what many people believe he was all along, the long lost second term of Jimmy Carter’s presidency. The parallel between the snakebit presidency of Carter and the snakebit Presidency of Obama is stunning...

How is Obama handling such a crisis in order to not let it go to waste? The exact same way that Jimmy Carter let the congruent 1979 situation in Iran go to waste.

First he criticized the weakened leader of Egypt, Hosni Mubarak. Next Obama threatened to emasculate Mubarak’s standing with the Egyptian military by reducing US financial aid if Mubarak didn’t allow the protests and revolution in the streets to continue.

Obama followed up by tacitly signaling that he supports the violent Islamic protests which are backed by the Shariah-compliant extremists of the Moslem Brotherhood, which is the only real opposition party in Egypt to the thirty-year dictator Mubarak. After that, like Carter, Obama showed constant indecision and weakness, which is having the result of undermining our allies and empowering the forces of insanity and evil on the ground in Egypt and other destabilized countries in the region like Tunisia, Lebanon and Jordan. 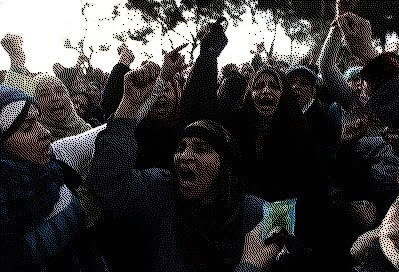 Just like Carter, Obama got us to this point by undermining our only ally in the area, Israel, and empowering all of her regional enemies for the first two years of his presidency. That undermining has led us directly to these out of control events.

At this moment, of the four nations that border Israel, two of them, Syria and Lebanon, are client states of Iran waging constant war and the other two which both have brokered peace are facing internal turmoil, Jordan is facing Islamic protests in her streets and the relatively stable tourist destination Egypt, is exploding in revolution.

...Iran has been a bastion of total evil since Jimmy Carter allowed her to become an Islamic theocracy in 1979. No country in the world has been more responsible for atrocious evil acts than Iran in all of these years and is now at the doorstep of possessing nuclear weapons. All of this pain is the Jimmy Carter legacy bequeathed upon our generation...

The irony is not lost on David. As Obama travels down the same path as Carter, the nation celebrates the 100th anniversary of Ronald Reagan's birth.

The contrast between Democrats and Republicans could not be more clearly delineated than during crises like these.

And here we are without a Reagan to save us this time (unless Allen West decides to run for President) and almost two more years remaining for Obama to continue weakening America and destabilizing the world. God help us.

Look on the bright side, Obama's failure is going to be so EPIC that the DEMS can expect to be out of power for a very long time.

He is showing the country that the Democrat brand means overspending, and weak indecisive leadership.

Not to worry. I'm sure Hillary has everything under control.

Why do you guys hate freedom?

@AJB -
Educate yourself, you're embarrassing.