Great News: Feds Will Open Billion-Dollar Drug Development Center Because Pharma Companies Are Under-Regulated or Something

Having thrown bibles of regulation at the pharmaceutical industry, the Obama administration is upset that new drug development has slowed. It has therefore decided to create a -- wait for it... -- government-run drug development center. 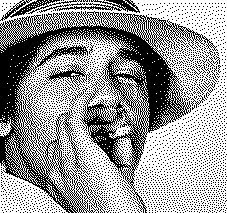 The Obama administration has become so concerned about the slowing pace of new drugs coming out of the pharmaceutical industry that officials have decided to start a billion-dollar government drug development center to help create medicines.

The new effort comes as many large drugmakers, unable to find enough new drugs, are paring back research. Promising discoveries in such illnesses as depression and Parkinson's that once would have led to clinical trials are instead going unexplored because companies have neither the will nor the resources to undertake the effort. Drug companies have typically spent twice as much on marketing as on research, a business model that is increasingly suspect.

The initial financing of the government's new drug center is small compared with the $45.8 billion that the industry estimates it invested in research in 2009. The cost of bringing a single drug to market can exceed $1 billion, according to some estimates...

Gee, I wonder why "companies have neither the will nor the resources to undertake the effort" to explore new drugs?

Could it be because the FDA, which is busy regulating everything from toothbrushes to advertisements to aspirin, created one of the most complex approval processes imaginable? Or, as Health Affairs Magazine describes it: 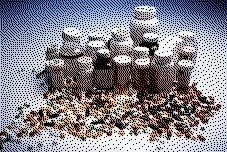 [The] U.S. Food and Drug Administration (FDA) drug review bears a structural similarity to many decisions made by other regulatory agencies: high uncertainty, low reversibility, avoidance of observable error, and high political stakes that induce lobbying by interested parties...

...The marketplace for pharmaceuticals is one of the most highly regulated industries in the U.S. economy... The agency’s drug review decisions are essentially final (contesting them is extremely difficult and costly) and immensely consequential (regulators in other nations frequently cue off of the FDA’s decisions). If the FDA so chooses, it can materially impede the flow of new products to the pharmaceutical marketplace, or it can help accelerate that flow.

Which tells you why the feds are now trying to nationalize pharmaceutical R&D: having strangled drugmakers with regulations, they complain the drugmakers aren't innovating fast enough. And, therefore, the taxpayers must fund a Politburo-style research center to create new drugs faster.

This should sound familiar if you grew up in the old Soviet Union.

So assuming they manage to come up with something at all instead of just squandering tax money, what happens when the drugs start killing people, who do you sue?

The good news for taxpayers -- any 'accidental' deaths save us money, especially from having to treat those pesky seniors!