Insurance & Financial Advisor Magazine isn't exactly a venue for political opinion pieces. But the incessant march of the Statist Democrats is changing the status quo. As more areas of the private sector are regulated, constricted and absorbed into the leviathan known as the federal bureaucracy, industries are pushing back through political activism. In that vein, please consider the unassailable logic of "Health reform is takeover, ‘social engineering by federal government’".

Please read the following statements below and decide for yourself whether or not the Patient Protection Affordable Care Act is a federal takeover of our healthcare system. 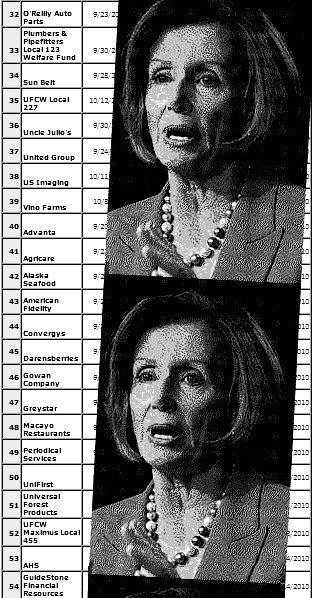 • The McCarran-Ferguson Act passed in the 1940s said that states regulate insurance. Now the federal government regulates health insurance or tells the states how they will regulate health insurance.
• The U.S. Department of Health & Human Services (HHS) now gets to review any health insurance price increase more than 10%, according to its Dec. 21, 2010, statement, something formally reserved for the state insurance departments.
• Any health insurance plan that is not grandfathered (in place before March 23, 2010, without any reductions in benefits) must provide first-dollar payment by an insurance company for preventive care services as defined by an HHS committee.
• The states used to have the power to decide what minimum benefits a plan would have. By 2014, HHS will decide what coverage is included for all plans.
• Until faced with tremendous public pressure and forced to reverse itself, HHS even said that a business which did not reduce benefits and simply changed insurance companies to get a better deal would lose its grandfather status and have to include all the new benefits and resulting increases in premiums.
• The new law dictates how much an insurance company can have to pay its bills, pay for marketing, employee salaries, utilities, investments, etc. Although the goal is to have the lion’s share go toward medical claims, its consequence will be to drive smaller companies out of the market altogether because they may not be able to make this government-dictated arbitrary level. If the federal government dictates what a private sector insurance company spends premiums on, is that not control?
• A federal requirement that everyone have health insurance or pay a fine sounds like a takeover. A federal requirement that businesses over a certain size have to offer health insurance or pay a minimal fine sounds like the government wants businesses to stop offering health insurance to employees and instead put them into the new government-sanctioned health insurance exchanges, where people can compare prices and buy coverage. The nice tax credits to help individuals purchase insurance is only available if the insurance is in the exchange and private-sector companies outside of the exchange are frozen out of offering the subsidies.
• A good example of this slippery slope toward government taking over health care is found with the much-touted small business health insurance premium tax credits, which will only be eligible for businesses giving up the private sector for the government-run exchanges in 2014.

In this legislation of over 2,000 pages, there are numerous other examples of the federal government showing a bias against the private sector and for its own control over health care but these examples of health insurance takeover/control serve to get the point across.

The Patient Protection and Affordable Care Act is social engineering by a federal government that believes that it must control health care and health insurance.

Which is a more, ahem, civil way of saying that the PPACA is a ginormous cluster***.