The Atlantic asks the question no one else is stupid enough to ask: Will the coal-powered Chevy Volt help reduce global warming?

How many epic fails can you count in this hilarious snippet by The Atlantic's Christine Russell?

Transportation accounts for a big chunk of all U.S. greenhouse gas emissions today -- more than one-fourth of the total... [A Pew] report notes that "electricity has recently reappeared as a strong contender, thanks to the development of lithium-ion batteries and plug-in electric hybrid vehicles" with electric ranges of up to 40 miles that can then shift to gasoline operation when the battery runs out... 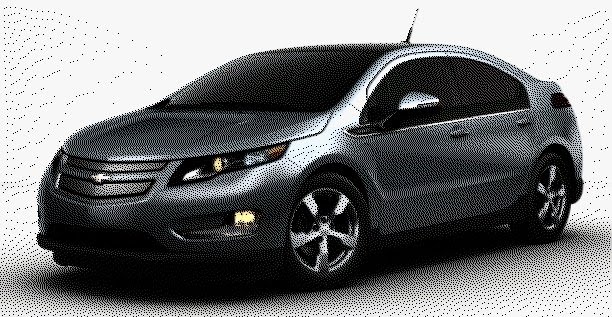 ...[Electric cars like the Chevy Volt] are on the cutting edge of several promising new clean car and truck technologies with the potential to substantially reduce oil consumption, drive down air pollution and greenhouse gas emissions, and help curb climate change in the decades to come

Really? Really? Let's ignore -- for a moment -- the fact that "global warming" is a bonafide scam that is collapsing as we speak... to the point that even editorial boards in California are demanding federal investigations. Let's ignore all that.

Let's instead just consider where electric power comes from:

Coal, natural gas and nuclear are -- by far -- the dominant sources of electricity in this country and will be for decades. For all intents and purposes, the Volt is powered by... coal.

And consider some of the minor inconveniences you'll encounter if you have the coin to pony up for the $41,000 Obamamobile:

• It can travel a whopping 35 miles on a charge (at which point the, uhm, gas engine kicks in)

• And you're paying for the Volt's production through a $7,500 "tax credit" for each car sold that is offered by the Obama administration

Now when Chevy Volt sales fail to materialize -- except as a novelty item and a must-have fashion accoutrement for wealthy moonbats -- the Obama administration will blame everyone and everything up to and including Sarah Palin and Fox News.

But it will simply be another in a series of predictable disasters orchestrated by the Democrats' infernal, Soviet-style central planning mentality.

My only disagreement regards the sales of this boondoggle. The Federal Gov't is going to buy LOTS of them.