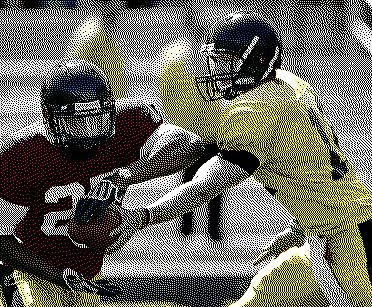 There's a lot of misinformation flying around the Intertubes concerning the hospitalization of more than a dozen Iowa football players after a strenuous workout. The players suffered from a condition known as rhabdomyolysis -- which literally means the destruction of their muscle tissue.

Imagine a muscle cramp in your leg that's 20 times more painful than a normal cramp; that's pretty much what rhabdomyolysis is. Muscle cells become so strained that they literally burst inside the body. The results can shut down a person's kidneys and possibly even lead to a heart attack.

In the case of the Iowa players, they had been undergoing a particularly grueling workout -- but one that had reportedly been performed by players for a decade. They were said to have been doing sets of squats consisting of 100 reps each, which -- if you've never done it -- is truly a mind-bender. So why did their bodies melt down? WKRG publishes some speculation from a teammate.

[Defensive Lineman Christian] Ballard said, "I think its just a matter of people not re-hydrating: probably taking some supplements that are legal, but, at the same time, probably aren't very good for you."

..."A lot of supplements, you're not going to be able to catch on a drug test. Some of them are just like creatine, that de-hydrates you when you are taking it. And, I know a lot of guys who were kind of buying that stuff, and probably just having a weekend span. A lot of them probably went out drinking, and probably not re-hydrating."

Iowa has been open about its use of creatine as a supplement in the past.

And creatine is safely used by tens of thousands of athletes every year. It's naturally found in meat and fish. So what happened? Here's my theory: they took way too much: the recommended dose is generally a teaspoon per day. So it's not hard to imagine a a dozen guys taking, say, four teaspoons a couple of times per day instead. And a study published in 2000 would tend to align with that theory. 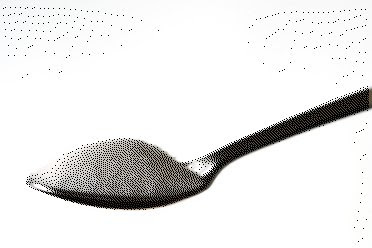 The case report by Robinson in this issue of The Journal represents the most serious published report to date of an adverse effect in a person taking oral creatine supplements. In light of its severity, it is prudent to speculate on the likelihood that this man’s creatine consumption contributed to his rhabdomyolysis.

Rhabdomyolysis results from a breakdown of the muscle cell wall, which leads to cell necrosis. It is thought to be the result of a plasma membrane defect or a disturbance in the sodium-potassium pump that allows an influx of calcium into the cell, which triggers a cascade of events leading to cell necrosis... Robinson speculates that intracellular water retention led to increased skeletal muscle compartment pressures, which placed the patient at risk for cellular wall breakdown...

...First, as do many athletes who believe more is better, this patient was taking a very high dose for an extended time. Such high doses and long periods are not only contrary to recommendations, but they are also unstudied... [he was also healthy and] was not taking any other supplement that could be a contributing factor.

If I had to bet, this is precisely what occurred with Iowa's players. Lots of creatine, too little fluid consumption and a heavy-duty workout.

For those who say creatine doesn't work: they're wrong. It does and it can be used safely. Perhaps a dozen years ago, I decided to really get my level of body-fat down. At that time, I used no supplements whatsoever. What I found is that as I lost weight, I also lost a good deal of strength. 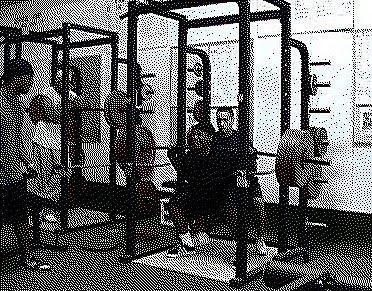 At a body weight of 178, which was down 25 pounds in a matter of a couple of months, I could bench press 225 12 times -- that represented a significant and disappointing drop from the time when I carried more weight. Someone suggested creatine and, after reading plenty of research on MedLine, determined that for short-term use, it appeared relatively safe.

Fact is, creatine is found in meat and fish and is produced naturally in your body as well. I have always tried to lift twice a week and would consume a teaspoon of creatine the day before and the day of each resistance workout. In other words, just four teaspoons a week.

Within a few months, I was able to bench 225 for 21 reps with almost no weight gain (perhaps at 183 lbs.). Creatine makes you feel like a hydraulic machine; much stronger in terms of repetitions (but not maxing out).

When I get my annual checkup, my blood-work shows slightly elevated creatinine levels, common among anyone who works out regularly and not atypical (according to my doctor) for minor creatine consumption.

Bottom line is that the supplement does work and you don't need very much of it. I'm betting Iowa's players overdid the creatine and under-hydrated. Fortunately, they all appear to be okay and were released from the hospital on Friday.

If you are someone who likes to train, I would definitely encourage you to do your own research first. Don't trust me -- follow your doctor's orders and the dosing information you're given. But if you're cleared to use it, I suspect you'll appreciate the additional strength.

Offhand, I think this is a case of young jocks thinking that if they took huge amounts of creatine they could do gigantic sets involving weights and reps far in excess of what could be done without creatine supplements. And apparently, it did work in the extreme short run, even better than steroids

So it was probably the combination of ultra extreme muscle breakdown along with the effects of massive amounts of creatine in the muscle, along with the water creatine draws in that did the damage.

@CML -- agreed, I would bet it's exactly how you described.

I'm a professional drummer and have used creatine for years for regular workouts as well as on tours as I find it helps my endurance greatly. It's proved safe if used correctly.

I've been a user of creatine in the past and I also can say the stuff works. However, I haven't touched a supplement since then (2004). I have slimmed down from a bulky 230 to 195 lbs. Pound-for-pound, I am much stronger now than I was when using creatine. I'm a firm believer that proper dieting and proper lifting techniques are all you need since so many supplements now-a-days are terrible for your liver and kidneys.

I have no idea about Creatine, but the condition you're discussing is one common in long distance horses - endurance horses, and is called "tying up". Generally it can be avoided by feeding preventive amounts of Vit.E and selenium, and by proper conditioning. The bad news is that once a horse suffers from tying up, it's more likely to have it happen again.

Here's a link to an article about tying up - perhaps it will offer info that will help decide whether there's a real comparison or not.

As far as I know, chemicals like creatine are not used with horses, and I don't know what the chemical make up is. Also am not interested enough to research it!