Extremist Rhetoric: the Political Cartoon That Touched Off The Civil War

In this political cartoon, a Union officer (unidentified) swings a club labeled "Union" in defense against a many-headed serpent labeled "Secession"... 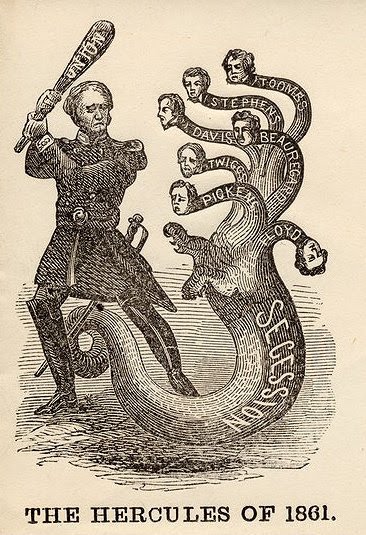 The serpent's heads are: Floyd, Pickens, Beauregard, Twiggs, Davis, Stephens, and Toombs, all leaders of the Southern secession movement and the resulting Confederacy. "

If only we had implemented the Left's plans -- and restricted political speech -- the entire Civil War could have been averted.

History is not the Democrats friend !!