Jon Huntsman Resigns, Fueling Speculation Among Politico Reporters That He May Try for GOP Nomination, Though No One Else Knows Who He Is

Let me make this short and sweet: I've got a better shot at the GOP Presidential nomination than Jon Huntsman. Politico is at it again, marketing a McCain-like "maverick" as a realistic Republican candidate. Jon M. Huntsman Jr., the U.S. ambassador to China, sent a resignation letter to President Barack Obama on Monday and now is likely to explore a Republican presidential bid, a close associate told POLITICO... the former Utah governor said that he wants to return to the United States by May

...GOP allies of Huntsman have already begun laying plans for a quick-start campaign should the former Utah governor decide to enter the ill-defined Republican field... Over the holidays, the ex-governor met with Sen. John McCain, whose 2008 presidential run Huntsman backed early on. [Ed.: Perfect, just what we need]

...His ambitions have been very much noted in the West Wing. And for public consumption, Obama and his top aides have responded by poking fun at the possibility... "I couldn’t be happier with the ambassador’s service, and I’m sure he will be very successful in whatever endeavors he chooses in the future," Obama said of Huntsman at a White House press conference earlier this month with Chinese President Hu Jintao and the ambassador himself... At an off-the-record dinner Saturday night, at which Huntsman was also present, White House Chief of Staff William Daley kept up the mockery.

...For all their quips, Obama officials are a tad irritated at the barely-veiled presidential moves of their own ambassador in one of the most important countries in the world.

Rest assured that the Obama administration, Politico and every other left-wing rag west of Manchester England will try to position Huntsman as some kind of legitimate GOP contender.

He's not. No one has ever heard of him, save a few Politico reporters who got downsized from the Washington Post.

Aside from his troubling affiliation with the squishy and inarticulate John McCain, Cubachi accurately observes that the background of Huntsman (Gesundheit!) is distinctly problematic for conservatives. 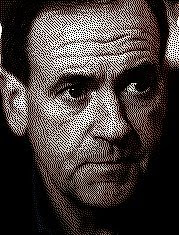 If the Republican Party wants to win the presidential election, it had better nominate an articulate conservative who believes, first and foremost, in the United States Constitution.

at 8:28 PM
Email ThisBlogThis!Share to TwitterShare to FacebookShare to Pinterest
Labels: Democrats, Obama

Go to 3:38 of this vid to see what will happen to this squisher shd he run for the GOP nomination:

The most deliciously Dr. Evil outcome, though, may be to have Obama win a second term, but have to serve with overwhelming Republican and Tea Party majorties in the House and Senate. It would be enjoyable to watch the smug jerk sit there in office and have his 'signature legislation' be declared unconstitutiional (which it is) and thrown in the historical garbage bin of the US. He can then sit back and ponder what a useless, impotent eight years it had become.

On other hand I'd just rather see him get pounded in 2012. He is such a loose cannon we can't really gamble with the country any longer. Obama has to go.

Thanks Doug Ross, good concise round up of this falsie flag-gee operation from the BO Media types. The Huckster/Huntsman tie in is very enlightening, I saw the same with the Huckster love in from the MSM. I expect they have a lot more of these operations in the plans.