Let Me Welcome Everybody to the Wild, Wild West--a State That's Untouchable Like Elliot Ness

"Now let me welcome everybody to the wild, wild west... A state that's untouchable like Elliot Ness...
The track hits ya eardrum like a slug to ya chest... Pack a vest for your Jimmy in the city of sex...
We in that sunshine state with a bomb ass hemp beat... the state where ya never find a dance floor empty" -- California Love

California's budget deficit is $25 billion and the preliminary budget for the coming year doesn't even come close to addressing the gap. 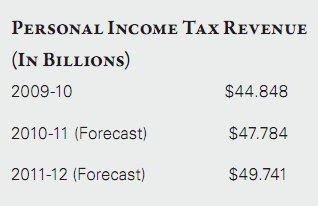 The preliminary budget looks to cut $12.5 billion in spending and seeks to maintain current revenues with a likely ballot measure that will hit in June...

...over 41 percent of state revenues come from the personal income tax. Now logically you can figure out on your own that with less people working and many working in lower paying jobs that this line item will shrink (and it has)...

...[The] projections [at right] have always been much too optimistic and that is why California has always faced reoccurring budget shortfalls. Each year serves as a baseline and rarely allows for any variance in terms of facing a contraction. Now if the state is hauling in money then problems can be plastered over and the tech and real estate bubbles provided this cover for many years. That cover is no longer available.

So you have to wonder where this money is going to come from. You can cut but is there any appetite for additional taxes? We will find out in June when it is put to a vote... 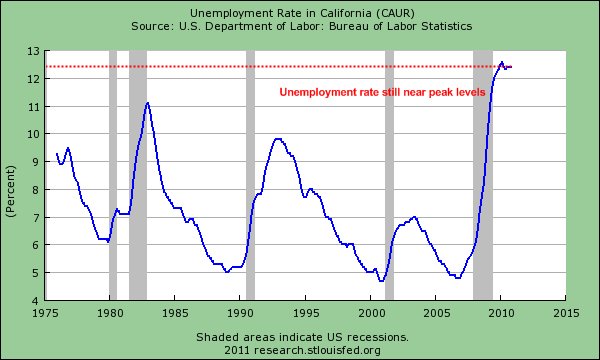 ...I’m amazed how little coverage has been given to the California employment market. California is in the midst of the highest unemployment rate since the Great Depression but rarely do you see anyone talking about this. This isn’t some kind of monthly aberration but the unemployment rate has shot off the charts since 2007.

Right now, Illinois is in the midst of raising the personal income tax 66% -- from 3% to 5%. Consider a working couple that makes $100,000 a year combined. The state hike represents $167 a month taken right out of their pockets.

But the top income tax rate in California is already nearly three times that of Illinois; and still lawmakers can't come close to making ends meet.

The Democrat welfare state is failing in both states with public sector workers retiring at age 55, picking up generous pensions with lifetime salaries and full health care coverage. And these proposed hikes don't come close to addressing the pension liabilities that will crush states like Michael Moore sitting on a souffle.

In the midst of this madness, state bureaucrats are still foaming at the mouth advocating suicidal policies that will further decimate the civil society. 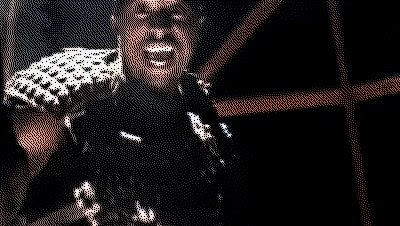 UC Berkeley Chancellor Robert Birgeneau has come out swinging over the shooting spree that wounded Rep. Gabrielle Giffords and killed six people, linking it to Arizona’s “discrimination against undocumented persons” and a “climate in which demonization of others goes unchallenged and hateful speech is tolerated.”

In a campus-wide e-mail message, Birgeneau said: “It is not a coincidence that this calamity has occurred in a state which has legislated discrimination against undocumented persons.”

He added that “this same mean-spirited xenophobia played a major role in the defeat of the Dream Act by our legislators in Washington, leaving many exceptionally talented and deserving young people, including our undocumented students, painfully in limbo.”

In other words, despite billions of dollars spent each year by citizens to support the state's three million or more illegal immigrants -- who tax the medical, welfare and prison systems to the breaking point -- Dr. Schmuck believes that more open borders are the answer.

And rather than act as voices of reason, legacy media outlets like The Los Angeles Times are doing their level best to market the illusion that still more tax increases are a necessary evil. Mike Shedlock disagrees.

Shedlock asks the very same fundamental questions that all overtaxed Californians must be wondering:

Where indeed? The problem is that Governor Jerry Brown is still 'Moonbeam', the failed Governor of days past, who can't or won't wage a serious war with the unions. Chris Christie he ain't.

His predictable failure sets the stage for very serious pain in the future.

Unless Brown finds a unicorn to defecate nuggets of solid gold, California is certain to experience massive upheaval, up to and including civil unrest. I hate to say it, but I believe it to be true.