C'mon, Speaker Boehner: Gird Your Loins and Tell the Truth to the American People--Of Course the Damn Retirement Age Needs to Be Raised

Everyone knows it, Speaker Boehner. So don't be a Sputnik -- just say so. 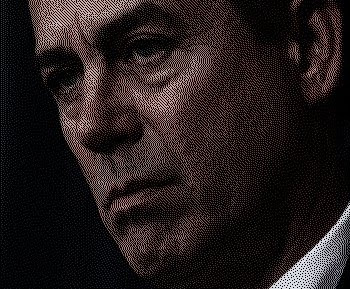 ...His comments walk back remarks from late June, when he said the retirement age would eventually need to be raised by five years, from 65 to 70.

...Democrats, for their part, have seized on those fears and sought to use them to their political advantage. They accused Rep. Paul Ryan (R-Wis.), who delivered the official Republican response to Obama, of wanting to do away with Social Security...

It's already running a deficit and is slated to run dry way ahead of schedule. You created this monstrosity -- and you destroyed it. So be proud, Democrats! Take credit for the havoc you've wrought! 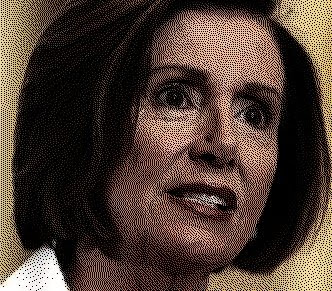 ...Fueling the new worry is a report this week from the nonpartisan Congressional Budget Office that suggests Social Security may be more of a drain on scarce resources - or in need of strengthening - than had been thought previously... The CBO said that if interest were excluded, the system would run a deficit of $45 billion this year and a total of $547 billion from 2012 to 2021.

Outlays for Social Security, the CBO said, will hit $727 billion this year, 4.8 percent of the gross domestic product. In 10 years, as baby boomers retire in big numbers and benefits increase, the CBO estimates those expenses will reach $1.3 trillion, 5.3 percent of the GDP.

In other words, the program could be a drain on an already-strained federal system, so the Capitol buzz is this: Something has to be done. But it's difficult: About 53 million people got Social Security benefits last year, and the CBO estimates that will grow to 71 million by 2021.

You read that right. Social Security is headed right into the tarmac -- the way all Democrat social engineering efforts do.

Is that so difficult to fix? Of course not.

Washington indexes all kinds of entitlement payments to inflation. Gee, brainstorm! How about we index retirement to average life expectancy?

C'mon, Speaker Boehner. The American people aren't idiots. They respect politicians who tell the truth. So tell the damn truth and be proud of telling it. Stop playing Beltway politics as usual. The stakes are way too high to dissemble. Leave that up to the Soros-controlled Democrat Party.

I hope to die working, you can't change that now.

The legendary retirement age of 65 is ONLY for those born BEFORE 1938. Depending on year of birth after 1938 the age for full benefits is on a sliding scale to 67. You may "retire" at 62 for about half the full benefits and get considerably more if you wait until 70. Surely the Speaker knows that and I'd hope some of the wise pontificators would actually look it up. Age 65 worked well for my mother and grandmother. Too hard to do 2 minutes of research? Maybe if folks questioned what was said, our dear leaders wouldn't be prone to putting out such BS

That is right, it can and should be raised. Back in the 60s I debated the head of the History department about SS and Medicare being generational warfare. Now we are seeing the war.

So may I add, that we should also postpone school till 8 years old. We do not need pre-school, kindergarten or 1st and 2nd grade. It would only take weeks for an 8 year old to catch up. We should also have entrance requirements for high school. Don't make it, then start preparing for manual labor.