A Panoply of Headlines From the Collapsing Democrat Utopia of California

If Democrats weren't in power, they'd be useful only as comic relief. Consider this panoply of headlines from the last 24 hours that illustrate the complete and abject failure of the Democrat Party's brand of Statism. As an aside, reading these gives me a morbid sense of curiosity, kind of like when there's a wreck on the interstate and everyone slows down to check it out. Because that's what California is: a freaking wreck. 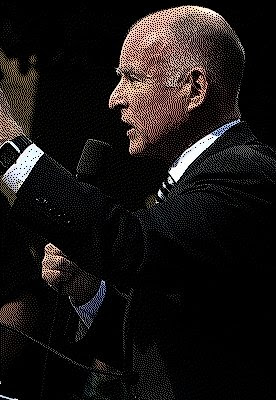 • Moody’s begins treating pensions like bond debt - " A leading credit-rating agency, Moody’s, has begun treating unfunded pensions like bond debt, giving California a combined tax-supported debt of $136.9 billion that is well beyond other states but also may be understated... The decision to add pensions to bond debt announced by Moody’s Investors Services last week reflects concern about public employee pension costs, which are growing as state budgets plunge deep into the red..."

Well, that should help borrowing costs.

• Pension tsunami has reached shoreline - "There is a scholarly consensus that governments in the U.S. face a $6 trillion shortfall in paying for their employees' retirements. A Stanford University study last year estimated California's potential pension liability makes up one sixth of the nationwide obligation, about $500 billion. That's six times the current state budget..."

Sounds reasonable -- if you spend like a drunken liberal.

• California’s Pension Crisis Takes Another Step Toward Populist Revolt as Courts Refuse to Help - "one of the reasons runaway public employee pensions poses such a different problem is because California's courts have steadfastly undone voters’ efforts to make it easier. At least three provisions of the California Constitution, for example, make retroactive pension agreements void ab initio. Yet, the Second District Court of Appeal out of Los Angeles last week brushed aside each of these important citizen taxpayer protections to side instead with the public employee union... California taxpayers have done what they’re supposed to: they enshrined prohibitions in their state constitution to avoid amassing large public debts. It is instead our elected officials—such as Jerry Brown, who empowered public employees to unionize—and our judges who have failed our state. Indeed, despite recently proposing an aggressive budget, Governor Brown still refuses to go after low-hanging fruit when it comes to pension reform." 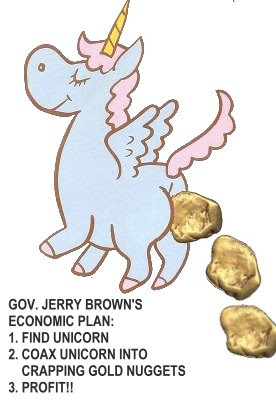 • Fiscal crisis will hang over Brown's speech - "while those close to the governor expect him to at least touch on the need for pension reform - a rallying cry for Republicans - it's doubtful that he'll propose anything too detailed. Brown can't risk alienating the powerful public employee unions he needs to help persuade voters to extend tax increases on a June ballot, a key part of his budget proposal..."

• CalPERS: the opposite of leadership - "The California Public Employees’ Retirement System faces legitimate criticism on many fronts – for a corruption scandal allegedly involving its former CEO and other top officials; for its role in promoting huge retroactive pension increases at all levels of government that are now proving to be unaffordable; for downplaying and obscuring its funding problems; and more... Yet calpensions.org reports that a recent CalPERS board retreat turned into a self-pity fest, with bitter complaints about the unfairness of media coverage of pension issues... CalPERS badly needs a reality check – and an attitude change."

Brian Calle nails it when he writes, "To curb union influence and prevent future pension outrages, state lawmakers should begin limiting the role of unions in collective bargaining; change the way unions can collect and spend member dues on political causes, and alter laws to make contract negotiations public. In Indiana, for example, Gov. Daniels decertified unions so they no longer can represent government workers in contract negotiations."

California's Governor Moonbeam is both a product and an enabler of the public sector unions, so it's highly unlikely he will confront the most powerful force in the state. That being the case, unless Brown can coax his pet unicorn into crapping some gold nuggets, events could get decidedly, uhm, dicey.