Stellar: Trial Lawyers Seeking Damages for Global Warming are 'Off the Leash'

Just when you thought the global warming scam couldn't do any more damage to the American economy comes news that the trial lawyers are warming up in the bullpen. 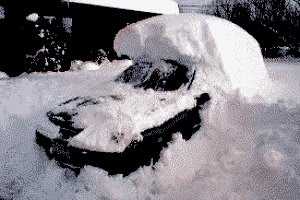 ...climate-change litigation is fast emerging as a new frontier of law where some believe hundreds of billions of dollars are at stake... Compensation for losses inflicted by man-made global warming would be jaw-dropping, a payout that would make tobacco and asbestos damages look like pocket money.

Imagine: a country or an individual could get redress for a drought that destroyed farmland, for floods and storms that created an army of refugees, for rising seas that wiped a small island state off the map... In the past three years, the number of climate-related lawsuits has ballooned, filling the void of political efforts in tackling greenhouse-gas emissions.

Climate lawsuits in the U.S. tripled in 2010 and have the potential to cripple coal, gas and oil producers as well as large manufacturers.

The legal community is waiting for an important ruling by the Supreme Court in late June regarding the state of Connecticut's injunction attempt against major power companies for... excessive greenhouse gas emissions.

Meanwhile, Mother Nature never got Al Gore's memo: we remain in the throes of what may be the onset of a new Ice Age.

An arctic blast from Canada is bringing brutally frigid air and wind chills expected to dip to 50 below zero to northern New England, prompting officials to warn residents to take precautions against the cold ... Emergency management agencies were urging residents to bundle up and heat their homes safely during the cold snap....

Northern New England is used to cold winters. A remote site in northern Maine recorded a minus 50 reading on Jan. 16, 2009, that tied a 1933 record set in Vermont for the coldest temperature recorded in New England.

Al Gore's career counselor could not be reached for comment at press time.

I've been writing about this for some time. The left has been using our courts to drive green policy ever since the Clean Air / Water Acts gave private citizens the keys to the courthouse. The reason EPA is regulating carbon today is because 5 climate scientists on the Supreme Court told them to do so.

But this new litigation over harm from global warming is even more insidious. If anything was ever a question inappropriate for the Courts to defer to the legislature under the "political question" doctrine, it is this one. Yet only two months ago, the SCT refused to hear a case where lawyers have charged various entities with making the damage from Katrina worse by their contributions to global warming. This is true insanity.