The always enlightening Richard Fernandez points us to this delightful news report from the San Francisco Chronicle: 'Obama to Review Mideast Policy After Egyptian Protests'. 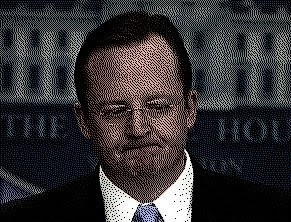 ...the U.S. faces an urgent challenge as popular uprisings sweep the region: how to defend U.S. economic and security interests while supporting democratic values... While the U.S. president was careful not to side with the demonstrators over the Egyptian government, the White House also announced it would review assistance to Egypt, the fourth- largest recipient of U.S. aid in 2011...

...Farah Pandith, Obama's special representative to Muslim communities, said the administration has tried to reach out to the street as well as the rulers in the Middle East... [but some] democracy advocates in the region say Obama has recognized the movement too little, too late.

...The Obama administration's calls for reform in Egypt now are hopelessly behind the curve and may be interpreted in the region as "implicit American endorsement" of the regime, said Steven Cook, fellow for Middle Eastern Studies at the Council on Foreign Relations in Washington...

President Obama's response to the crisis was exactly what we've come to expect: he grabs a pair of teleprompters, makes a few speeches without saying anything of substance, and then sits around eating popcorn while watching events unfold.

isn't that his MoJo in everything-wait for a few days, then sticking his finger in the wind, and being an opportunist, may decide to say something of no value at all?
He is the coward, or appeaser which ever way to look at it.

Yep... I think Ace described this a couple of days ago.

This is similar to what President Mojo did during the 2008 campaign where he waited to see the reaction to McCain suspending his campaign and going back to Washington D.C. It's all about appearance with this charlatan.