The deep blue state of Illinois looks to get bluer over the coming months. Business owners are facing a 30 percent increase in corporate tax rates while individuals get socked with a 66% hike. Yet even those hefty increases aren't enough. 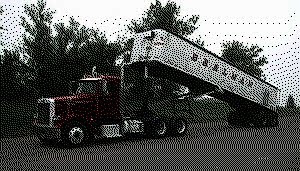 The Illinois Statehouse News reports that "the state's stack of unpaid bills will soon double despite an income tax increase." The state comptroller is now working on paying last August's bills and says that the current $6 billion backlog will probably double in four years.

The Chicago Tribune notes that the state corporate income tax hikes will slam firms headquartered in the state hardest. An Illinois medical device firm is typical of many small businesses: it only became profitable in 2008 and its tax bill will go from zero to nearly $100,000 -- forcing it to defer the hiring of two R&D employees. Caterpillar says that it will pay an additional $42 million to the state, which will prevent it from aggressive hiring as well.

The Belleville News Democrat relays the rage of the owner of a 100-year old Illinois trucking company who says, "...'it's ridculous. We will try to move whatever business we can out of this state. It's one of the worst states there is to do business."

Sunday's Trib will also report just how well the pols take care of the taxpayers' funds. In the midst of the worst budget crisis in history, the newspaper discovered that a state program helped deliver $8 million to a Chicago meat-packing company -- which promptly went bankrupt, leaving $9.5 million in unpaid bills. 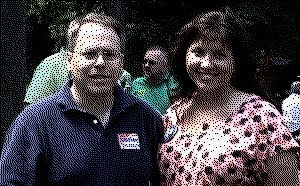 After finding out about the massive new tax hikes in Illinois, Indiana Governor Mitch Daniels quipped, "You guys are nothing if not entertaining over there. It’s like living next door to 'the Simpsons' – the dysfunctional family down the block."

An Illinois Manufacturers’ Association executive said, "... the only businesses that will benefit are the moving companies that will be helping many of my members move out of this particular state."

* * * * * * * * *
The only way Illinois can begin to repair the damage inflicted upon its taxpayers is to decertify all public sector unions, renegotiate labor contracts and slash pension payments.

But don't hold your breath. The nefarious alliance of Democrat pols and union bosses remains in power. Until the good people of Illinois realize just how much trouble they're in (hint: 'Iceberg, dead ahead!'), the state will continue to unravel. Just how far it will unwind is anyone's guess. But if history is a guide, the end will come quickly and catch many innocents by surprise.

at 10:38 AM
Email ThisBlogThis!Share to TwitterShare to FacebookShare to Pinterest
Labels: Democrats, Economy, Obama

Had the Illinois politicians paid there pension obligations instead of utilizing financial gimmicks the taxpayers would not be in the position they are today. The states politicians were warned for decades that unless addressed pension funding was un-sustainable. Now that the day of reckoning is upon them they blame the "greedy unions". Sometimes voters get the governments they deserve. Elections have consequences.