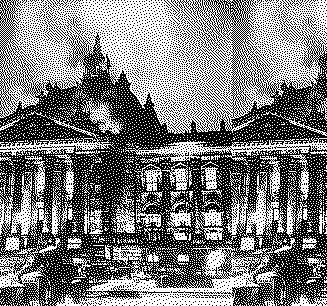 Now that MSNBC has unleashed an unprecedented assault on civility, I think it's safe to say that the aftermath of the Tucson attacks represents the Left's new Reichstag.

After all, the media and the Democrat Party have conspired -- like the Nazis who orchestrated the arson at the Reichstag -- to blame unwitting innocents for a crime with which they had absolutely no connection.

And the Democrats' information warfare campaign occurred with such rapidity and at such scale that one would think Journolist was still in operation.

Perhaps to mark the 2,000th member joining the Facebook group 'I hate it when I wake up and Sarah Palin is still alive', the former governor of Alaska issued a statement today that read, in part: 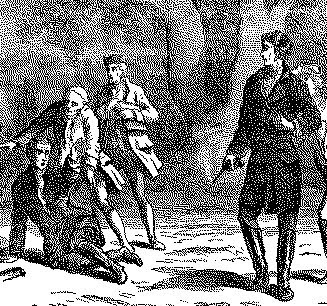 Vigorous and spirited public debates during elections are among our most cherished traditions. And after the election, we shake hands and get back to work, and often both sides find common ground back in D.C. and elsewhere. If you don’t like a person’s vision for the country, you’re free to debate that vision. If you don’t like their ideas, you’re free to propose better ideas. But, especially within hours of a tragedy unfolding, journalists and pundits should not manufacture a blood libel that serves only to incite the very hatred and violence they purport to condemn. That is reprehensible.

There are those who claim political rhetoric is to blame for the despicable act of this deranged, apparently apolitical criminal. And they claim political debate has somehow gotten more heated just recently. But when was it less heated? Back in those “calm days” when political figures literally settled their differences with dueling pistols?

As could easily have been predicted, the scripted reaction from many on the left was a knee-jerk, hateful response.

Representative Debbie Wasserman Schultz, Democrat of Florida, who is a close friend of Ms. Giffords, issued a statement condemning her use of the phrase “blood libel.” ... “Palin’s comments either show a complete ignorance of history, or blatant anti-Semitism,” said Jonathan Beeton, Ms. Wasserman Shultz’s spokesman. “Either way, it shows an appalling lack of sensitivity given Representative Giffords’s faith and the events of the past week.”…

Jeremy Ben-Ami, president of a pro-Israel group called J Street, said that “when Governor Palin learns that many Jews are pained by and take offense at the use of the term, we are sure that she will choose to retract her comment, apologize and make a less inflammatory choice of words.”

Yes, it appears that after being libeled, Palin made the fundamental mistake of saying so.

The people who falsely and maliciously accused Sarah Palin of inciting Jared Loughner to murder now are criticizing Palin for using the term "blood libel." ... Matthew Yglesias of Think Progress [Ed: who I believe prefers his titular title, 'The World's Dumbest Blogger'], who was responsible along with Markos Molitsas of DailyKos for spreading the connection between the Palin electoral target map and the shooting, smugly asserts that Palin just can't take criticism

Two elements of Nazi propaganda involved 'blood libel' and 'the big lie', both of which were used to paint Jews, Catholics, gypsies, homosexuals and other 'undesirables' as evil outcasts without whom society would be better off.

Put simply, Sarah Palin got it right. Falsely accusing someone of shedding blood is the very definition of a blood libel.

At Conservatives For Palin, Sheya writes: 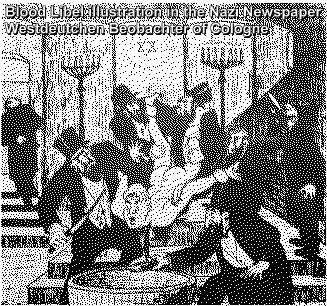 Ever since I was two years old, I was told stories of Jewish persecution and blood libels. I was told how the Jews were accused for using the blood of Christian children to bake matzoh bread. I was told the stories of how whenever there was a murder in town the Jews were blamed for it. Whatever the scenario, the chain of events were the same. The Jews were accused of a murder, followed by calls for their deaths, followed by riots and then killings of all the Jews. At all time when the Jews spoke up and defended themselves, they were told to sit down and shut up and further killings took place just for that reason alone.

After the horrific killings in Tucson this Saturday and the finger-pointing at Governor Palin begun, I was mad and I was angry. Not that I’m not used to seeing irrational criticism thrown at Governor Palin, I’m used to seeing that by now and frankly I have come to expect it. But this time it was different; this time it felt as if all those stories I was told as a kid were coming to life. A heartless murderer shot and killed innocent victims. Governor Palin, who is hated just because she exists, was blamed, and that was followed by a flood of calls for her death on Twitter and Facebook. If this isn’t a blood libel than nothing is.

And no less a macher than Alan Dershowitz agrees that the governor's use of the term is accurate and appropriate.

No, the goals of the Left are to use this Reichstag moment to crush two more of our rights.

I'll net it out: Democrats wanted to use this moment to shred more of the Constitution. It's their new Reichstag fire.

The ends justify the means for this sorry lot. And if stepping over the victims of Tucson in their rush to destroy our freedoms is the price, it's one they're more than willing to pay.

Every time I think I've decided who the dumbest Democrat is, Wasserman opens her mouth and makes a new challenge for the title. She doesn't think Guam is going to tip over, but...

"After all, the media and the Democrat Party have conspired -- like the Nazis who orchestrated the arson at the Reichstag... "

I'm not criticizing you for succumbing to Godwin's law, but I just wanted to ask, "Aren't you concerned that your credibility will be hampered by the perception that you've sunk to applying Godwin's law?"

When I saw those fools screaming in adulation at a memorial, I also wondered about Nazi rallies.

@Phil - At some point, Godwin's Law breaks down when Naziesque tactics are indeed employed.

Blood Libel and 'The Big Lie' where two pioneered by the Nazis.

Of that -- and the fact that they were employed by the Left in the wake of the Tucson shootings -- there can be no debate.

the reichstag fire scenario is something i mentioned, here:

The bad thing is that 9-11 "Truthers" have peed in that swimming pool already.

The only thing that surprises me about the MSM so far is that they haven't used this headline (to my knowledge anyway):

After watching these twits, one thing is certain (to me at least): projection is not just something that happens in the movies.

The louder the MSM & Libs scream about being insulted/frightened/shocked/stunned/gobsmacked/etc. by someone speaking the plain truth, the closer you know the speaker is to the truth.