'Civility' -- Just Another Word for Hudna 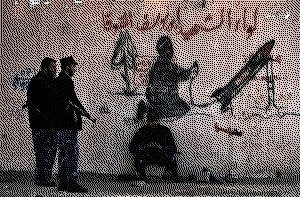 According to Wikipedia, the word Hudna "(هدنة) is an Arabic term meaning a temporary 'truce' or 'armistice'."

A more pragmatic definition paints a Hudna as not only a temporary truce but also a method of deception used by radical Muslims to install a false sense of security among opponents. All terms and conditions of a Hudna are optional for the radicals, with their duration in effect "only as long as the Muslims need them to be."

When Democrats began promoting 'civility' after their libelous accusations linking a deranged Leftist mass-murderer (who despised George W. Bush) with the Tea Party, I immediately recognized a Hudna.

After a historic shellacking in the midterm elections, Democrats want to promote 'civility' in the form of a truce that will allow them to regroup.

In the words of Don Surber: bite me. 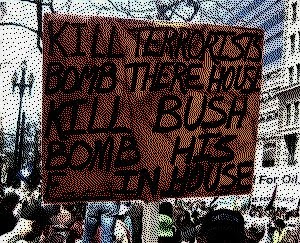 For a decade, from the election of Bush 43 forward, the Left has lied and cheated as it tried to return to power. Al Gore made a mockery out of the American electoral system by being a spoilsport over Florida, which Bush indeed won... Dan Rather forged a document to try to derail Bush’s re-election... After voting to support the war to get by the 2002 election, many Democrats quickly soured on the war. The profane protests were cheered by liberals [and once] in power, liberals were the opposite of gracious.

For two years now, I have been called ignorant, racist, angry and violent by the left. The very foul-mouthed protesters of Bush dare to now label my words as “hate speech.”

...screw [them and their] civil discourse.

I don’t want to hear it.

I have been screamed at for 10 years.

I feel the same way.

But not precisely because I'm angry, although I am angry at their destructive, catatonically stupid policies.

But because this is a hudna, plain as day. And I, for one, refuse to allow them to regroup or claim some sort of moral high ground when it is they who are immoral, dishonest and disrespectful.

It is they who are the cult, far from the mainstream, who have as their stated aim the destruction of the American system. And this 'civility' truce will last only as long as is convenient; for you can rest assured their hysterical, unhinged attacks will resume at the earliest window of political opportunity.

Exactly right...just a temporary pause so they can figure out another angle to undermine our culture so as to get closer to their Utopia where everything has to be "equal."

Puzzled is my middle name said...

I agree, it's surprising how closely related the thinking of Radical Islam is with "Progressives." As long as they advance the Progressive cause, any lie or deception (Revolutionary Truth) is not just permissible but is a good thing. I guess all fanatics are related if you look at them carefully.

Excellent post, Doug, I shared it at that page I run at facebook.
I posted my own thoughts about the uncivil left's call for civility on Saturday at my blog:

Take Your "Civil Discourse" and SHOVE IT!

They only want us to settle down so it will be easier for them to stab us in our backs.

For me, I was done with extending (warranted or not) civility to liberals late December of 2004. This is when ultra-liberal UN asshat Jan Egland referred to America’s response to the deadly tsunami that ravaged Indonesia as “stingy”.

That was it. I started by blog that day, and have been unapologetically uncivil to these undergarment skid-marks ever since. Which reminds me: to any of you cowardly anonymous basement dwellers: I’m still waiting for your proof-testimonials of life in a communist dictatorship as reason to promote such a form of government in the United States. My email address is thebad@cox.net and I would absolutely love to review your story.

P.S. Signing me up for newsletters for Harry Reid, Steny Hoyer, CAIR, and MorOn.org versus defending your beliefs speaks volumes. My spam filter can handle it, losers.

spread this one all around.