CBO Director: Hate to break this to you, but the Democrats lied about pretty much every single aspect of "health care reform"

From the "Now You Tell Us Department" comes word that the ObamaCare books were cooked. The surprising part: the Director of the Congressional Budget Office is calling the President and Congressional Democrats liars.

A common refrain from the President and his Budget Director was “health care reform is entitlement reform.” And through two budget cycles, when senior Administration officials were pressed on their plans for deficit reduction, they always returned to the argument that health care reform would substantially improve the federal budget outlook. 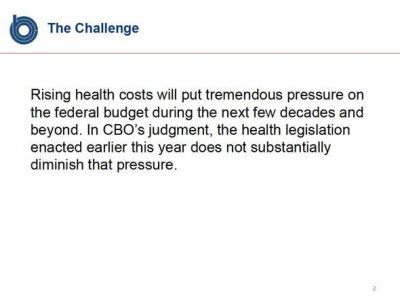 CBO Director Dr. Douglas Elmendorf has shown this argument to be incorrect. 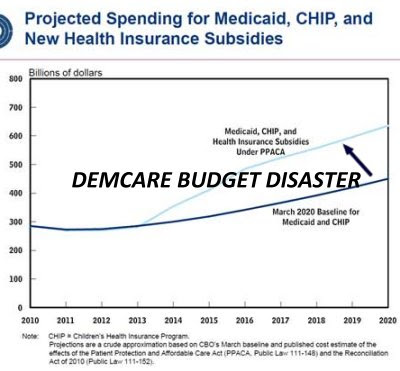 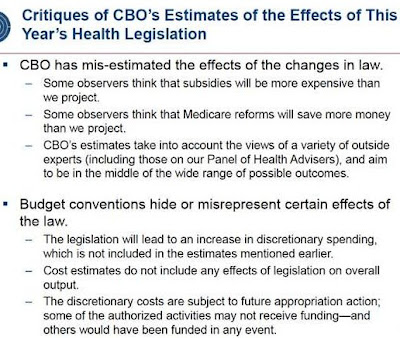 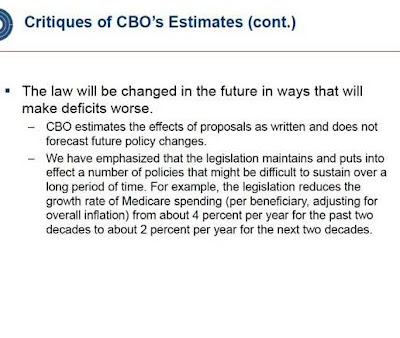 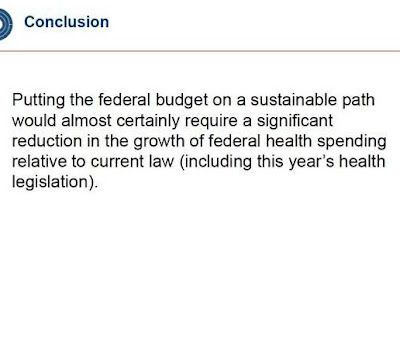 This is the best and most direct presentation I have seen on the subject. I commend Dr. Elmendorf for his honesty, clarity and bluntness. I wish he had been this blunt and this clear in February and March before these bills became law.

The country's headed into a complete financial meltdown and you run the exposé precisely 11 weeks too late.

Possible defense of Dr. Elmendorf: he did not have enough time to read the bill, just like everyone else.

Yet again, Speaker Pelosi was horrifically correct when she informed us that we would have to pass this thing to really find out what is in it.

Tada: just as every conservative warned, it contains unmitigated disaster.

To my knowledge, no CBO estimate has EVER even approached the actual cost of any legislation.

George B SHAW: "If you laid all the economists in the world end to end, they would not reach a conclusion."

I'll agree with The Bad above and allow Elmendorf some slack. Even if he had time to read that monstrosity, the unforseen variables in a program this massive can not possibly be even estimated. How many rain drops fell during the storm last night? - would be an easier estimate.

The CBO has to operate with the information given to it, by the Democrats in this case. It was really just a giant exercise in begging the question--in order to determine whether or not the bill lowers the deficit, they are required to assume it lowers the deficit.