Inquiring minds are considering the surprising series of self-inflicted gaffes that have plagued the White House of late: 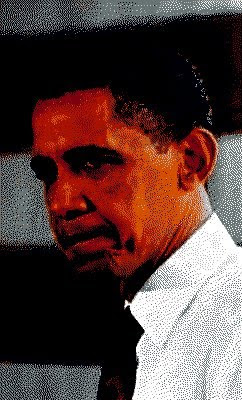 • After talking up -- some called it 'leaking' -- the forthcoming May job numbers last week, the President was dissed when the Bureau of Labor Statistics released a truly depressing report. The President's predictions were covered by all of the major wire services including Reuters, the Associated Press and AFP, which resulted in wide play nationwide. When the real number was released on Friday, it proved a stunning humiliation for the White House. After removing the Census and other "make work" numbers, the private sector actually shed 226,000 jobs last month. The stock market reacted with a violent downturn as the DJIA shed more than 300 points.

• In the midst of the Sestak uproar, an anonymous source offered that the Obama administration had tried to influence another Democrat primary. Reports circulated that the White House had "dangled the possibility of a government job for former Colorado House Speaker Andrew Romanoff last year in hopes he would forgo a challenge to Democratic Sen. Michael Bennet", according to unnamed officials.

Which 'unnamed officials' leaked highly controversial information at the very time the White House was trying to deflect the burgeoning Sestak scandal?

• After months of stonewalling deferring questions about Sestak bribe allegations, the White House finally released a document that purported to explain its side. Only one teensy problem: the administration's document made no sense when compared to the very public statements by Senate candidate Sestak. In fact, it was riddled with contradictions: 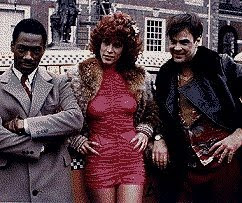 • White House: "White House staff did not discuss these options with Congressman Sestak."
•: Sestak: Replied "Yes" to the question "you were offered a job by someone in the White House?"

• White House: "It has been suggested that discussions of alternatives to the Senate campaign were improperly raised with the Congressman. There was no such impropriety. "
• Sestak: Replied "Yes" to the question "Were you ever offered a job to get out of this race?

• White House: "It has been suggested that the Administration may have offered Congressman Sestak the position of Secretary of the Navy in the hope that he would accept the offer and abandon a Senate candidacy. This is false."
• Sestak: Replied "No comment" to the question "Was it Navy Secretary?", when a simple "No" would have sufficed. In a separate interview, MSNBC says that Sestak did confirm the offer of the Secretary of the Navy position.

So who crafted this disastrous statement? It's a perfect example of what not to do in this kind of situation, because it raises more questions than it answers and it contradicts other official statements. Within minutes of its release, veteran Beltway pundits were picking it to pieces. In other words, it was a public relations disaster.

Is there a patriotic Democrat mole, burrowed inside the power structure, who realizes the disastrous Leftist agenda must be stopped? Is there a cadre of Hillary loyalists planting land-mines for the administration to step on in preparation for 2012?

In either case, one can only hope.


Linked by: Instapundit and Patterico. Thanks!

THANK YOU for posting this! I really like your blog...

I wondered about this around a year ago. The men behind the curtain set Obama in motion, but now that he is destroying the Democrat party, they will just as soon make him a lame duck.

I think it is just the nature of the Democrat party. The Dems have always been a coalition party, made up of many factions with mutually exclusive goals.

Whenever the party gets the White House, each faction tries to drag the party in their own direction, resulting in chaos. Only a strong executive can herd that mess... Clinton was able, Obama isn't.

The same thing happened back under Carter. Every powerful Democratic congressman thought he was co-president and tried to shape the agenda; foreign policy realists fought leak-battles against the idealists; urban ethnic political machines wrestled with rural Dixiecrats for dollars while blue-collar labor unions fought against fey academics for control of the party's soul.

Eventually each faction turned against Carter; none wanted to be associated with the malaise... a malaise caused not by them, of course, but by the faulty programs and priorities of the other Democrat factions.

Same thing is happening to Obama. It would be funny... if the whole nation didn't have to go along for the ride.

I've been wondering the same thing for some months now, because it seems incomprehensible to me that any administration could be this stupid. But then I contemplate Congress, and realize that is entirely possible.

Even if the Clintonistas are throwing monkey wrenches into the administration, I'm not worried. Hillary hasn't got a chance in 2012, even if she won the primary challenge.

If true, they're trying to save the "Democrat" brand. A little too late as far as I'm concern. The Hillary faction can try, they're getting their collective asses handed to them by the Chicago Machine. Consider how many times they made her look the fool, I know, it ain't hard to do.

The rats are leaving the sinking ship.

When the mole is exposed will he/she be called a RACIST...?

It's not a mole in covert sabatoge mode. When you accept the notion that their only agenda is to stay in power, then these sorts of rudderless, reflexive decisions seem coherent. Without any managment experience to guide him, Obama is faking it one day at a time.

Never ascribe to malice that which can be adequately explained by incompetence.

I am forming the Democratic Tea Party...not a bogus thing. I am Scott Noren DDs and my basic initiatives including real campaign finance reform are on
www.norenforsenate.com
my domain for the Tea Party will
be www.thedemocraticteaparty.org and .com
There is an old man who is kind of a nut who owns another close domain..he told me tonight he wants to start Tea Party Teabags, 20 to a box...what a goof..he is a marketer and wants to make a buck off this idea..I am not on the same page.
Dr. Scott Noren
Ithaca, NY
You can Google me for more articles and info