More patterns emerge courtesy of the administration's playbook, a reprint of the classic Carter-Chamberlain tome. 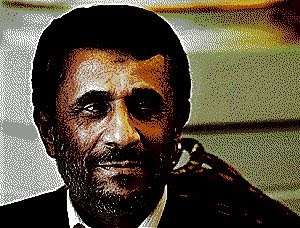 Russia has been helping Iran build its first nuclear plant in the southern city of Bushehr since the mid-90s... the power plant would be ready to come online by the end of the summer...

Tehran is accused by the West of planning to build a nuclear bomb although it insists its nuclear drive is purely peaceful in nature.

Under President Barack Obama, the United States no longer provides Israel with automatic support at the United Nations where the Jewish state faces a constant barrage of criticism and condemnation.

The subtle but noticeable shift in the U.S. approach to its Middle East ally comes amid what some analysts describe as one of the most serious crises in U.S.-Israeli relations in years. 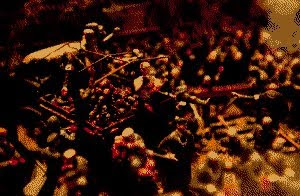 Meeting today in Geneva, the UN Human Rights Council heard the following statement from the Syrian representative, First Secretary Rania Al Rifaiy: “Israel... is a state that is built on hatred... Let me quote a song that a group of children on a school bus in Israel sing merrily as they go to school and I quote 'With my teeth I will rip your flesh. With my mouth I will suck your blood.'" The Obama administration chose to join this Council, the UN’s lead human rights body, and its representative was present. But they said nothing after hearing this blood libel.

On the contrary, rather than expose the Council and its anti-Jewish agenda, one of President Obama’s first foreign policy moves was a decision to pay for it. Hence, American taxpayers will pay 22 percent of the cost for this speech to be permanently posted on the UN website, translated, and broadcast around the world.

There is a reason that none of the members of the UN Human Rights Council thought this statement was sufficiently repulsive or shocking to complain. The blood libel against the Jewish people is a calling card of UN proceedings, with UN members usually casting their anti-Semitism as vicious anti-Israel attacks...