Apparently, asking a question about an unusual display of military medals and ribbons on civilian attire has raised the hackles of the hard left Democrats. In this case, a thread on Free Republic mentioned the magically expanding ribbon rack of one Connie Pillich, an Ohio Democrat legislator and hard-core tax-and-spend liberal in the mold of Nancy Pelosi.

Many veterans pointed out the display of medals and ribbons on civilian attire appeared, well, a bit tacky. But one extremely brave commenter named Anonymous ripped this august journal for even discussing the topic. 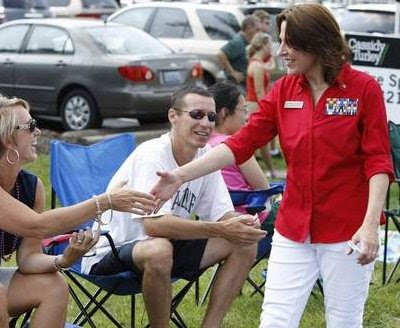 The last time someone made fun of a veteran was when Mean Jean Schmidt made her infamous comment that became a Saturday Night Live legend.

Be careful who you piss-off. Veterans don't like to see criticism of one of their own, especially when neither you nor Wilson have done anything to serve your county.

Representative Pillich has served her country.

Questioning her medals was one area you never should have touched, especially as a front for Wilson.

You have discredited yourself and your blog.

I think you can call her Representative Schmidt, nut-rack. As for myself and Wilson, you have no idea who we are or what we've done, crap-clown.

Oh. Yes. I'm sure our proud vets and their families really appreciate the Democrat Party's support: 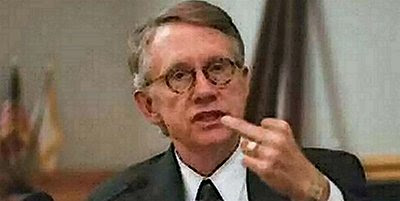 • Little Dick Durbin: "The administration's policy in Iraq has failed."

• Diane 'Franken' Feinstein: "Today a majority of the Senate sees that the Surge is not working!"

• Patrick 'Traitor' Leahy: "We know that the President's Surge policy has not worked."

• Harry 'The Body Odor' Reid: "The war is lost. The surge is not working."

Yes, I'm sure all of our veterans, the families of our veterans, our heroes, appreciate this despicable behavior by a political party that openly roots for our troops' failure -- for partisan gain -- while they are on the field of battle!

But don't question their patriotism!

Now get the hell off my blog, you Marxist loser. Never sully the pages of my blog again! And don't let the door hit you on the ass on your way out.

I'll add John Murtha (traitor) who on network TV proclaimed the Haditha Marines guilty before the Marines were afforded their right to defend their innocence.

And all that betrayal-FAMILIES AND CAREERS DESTROYED-just to satiate the Democratic Party's political ambition to 'win the next election'.

SWEEEEEEEEEEEEET smackdown! That should be an instant classic, bookmarked, and titled: "how to smack down a little troll."

And don't forget Kerry's
“You know, education, if you make the most of it, if you study hard and you do your homework, and you make an effort to be smart, uh, you, you can do well. If you don’t, you get stuck in Iraq.”

"Questioning her medals was one area you never should have touched..."

Yeah, and you should never question the medals of one Roger Day:

or Gary Lakis, neither!

You can't forget dick 'turbin' durbin for equating our troops to the likes of Nazi's and Pol Pots minions...

Farking SOB...and I DID SERVE MY COUNTRY and that witch should be taken to task by the DoD since there are regulations stating that military devices cannot be worn on civilian attire!

Why is it that the only folks that still defend the libs do so under the shared name "Anonymous"?