At some point, Chicago's beleaguered taxpayers are going to be pushed too far. It's amazing that they haven't already violently rebelled against the Democrat Party. Democrats have raped and pillaged the public coffers in Illinois for decades. 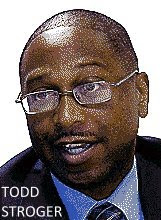 Cook County Board President Todd Stroger's administration acknowledged Wednesday that 25 checks worth more than $6.7 million were paid out before receiving the required board approval... Democratic Chicago Commissioner John Daley, head of the finance committee, said, "I'm very concerned that this is a true violation of the board's intent."

Chief Financial Officer Jaye Williams said she could not release the names of the persons who authorized the checks, as an investigation is ongoing, but she said some employees had been "removed" from their positions and disciplinary measures were being "contemplated."

...after a summer of tussling with Stroger over [new] contracts and hirings, promotions and raises he granted as a lame duck, it raised more suspicion among the commissioners, who went on to pass an ordinance smoothing the transition from Stroger to the next president... Stroger will be required to ... guarantee access to records.

A commenter at the Chicago Sun-Times website claims the mystery check writer was none other than Stroger appointee and Cook County comptroller Constance Kravitz.

The county's finance committee also includes (you guessed it) a Daley family member and the wife of a public school apparatchik. Her name is Jaye Williams, who is the aforementioned CFO, and she hit the headlines a few months ago for somehow getting Stroger to give her a $54,000-a-year raise despite a deficit that could top half a billion dollars.

The raise for Williams, which boosted her salary to $230,000, was one of several Stroger has handed out since his primary election loss in February... Others who received raises were Communications Director Eugene Mullins, who is Stroger’s boyhood friend, and Carla Oglesby, a publicist who managed the failed campaign. 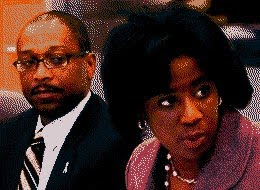 Stroger said earlier in the week he had suspended Oglesby without pay until the conclusion of an inspector general’s investigation... That probe was launched after it was revealed that the company owned by Oglesby, whose salary was boosted from $116,000 to $120,000, had been awarded a $24,775 contract by Stroger’s administration just days after she was hired.

That contract fell just under the $25,000 threshold required for County Board approval. Stroger’s administration also gave a $24,995 contract to a Maryland campaign consultant who was brought in before the election to straighten out Stroger’s campaign fund.

The County Board Finance Committee had asked to receive a report on the raises by today, but agreed to a delay as the administration double-checked its list, said Commissioner John Daley, D-Chicago, the committee’s chairman.

You read that right. After he lost the election, Stroger appears to have spent his lame-duck tenure doling out favors at taxpayer expense.

Oh. And losing control of millions of dollars, which I'm sure is all perfectly explainable. Along with leading a budgeting process that leaves the taxpayers $500 million in the hole.

You lose the argument as soon as you use the rightist dog whistle term "Democrat Party," rather than the proper and mutually respectful "Democratic Party." Try to present a thoughtful criticism, instead of a screed written just after you turned off your AM radio.