Tyler Durden does the number-crunching the legacy media won't do and describes the true economic toll of the Pelosi-Obama-Reid triumvirate.

One of the most peculiar observations of this depression started in December 2007 is that while the total US population has increased by 6.8 million from 303.3 million to just over 310 million in July 2010, over the same 32 month period, the civilian labor force has declined from 153.9 million to 153.6 million...

This makes zero sense, as all those aging into working age, or immigrating into the US need to find some job or some other paid activity (either legally or illegally). But let's assume that due to discouragement with economic conditions people simply refuse to look for jobs... [based upon our calculations] the cumulative differential between the labor force as reported, and as calculated has hit an all time record of 3.7 million: this is a number that has to be added to the 7.6 million directly tabulated unemployed to get a sense of just how many jobs have been lost assuming a reversion to the mean for the US economy... 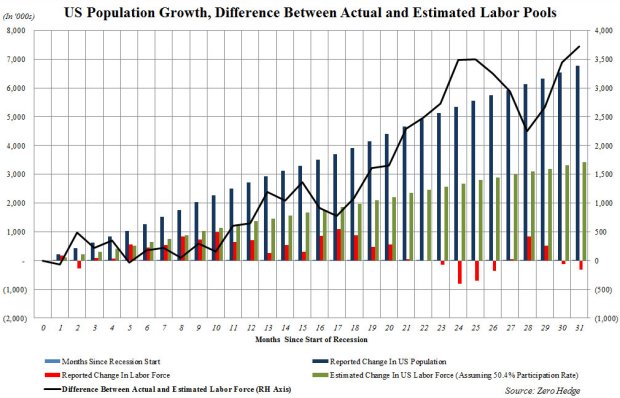 In other words, after eliminating the statistical voodoo of the BEA and the Census Bureau, the US has lost just over 11.2 million jobs since the start of the recession. 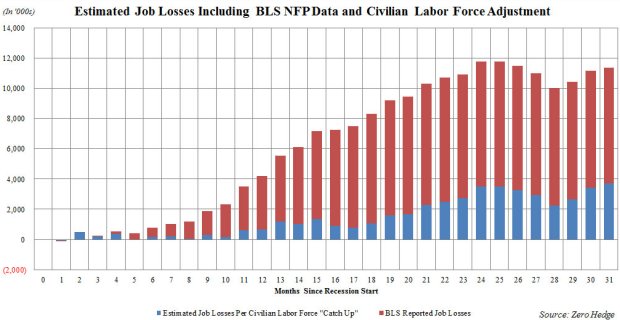 Chart 2: Cumulative job losses since December 2007, based on Establishment Survey estimates and adjusted for Labor Force "Catch Up"

'Saved or created' my left cheek.