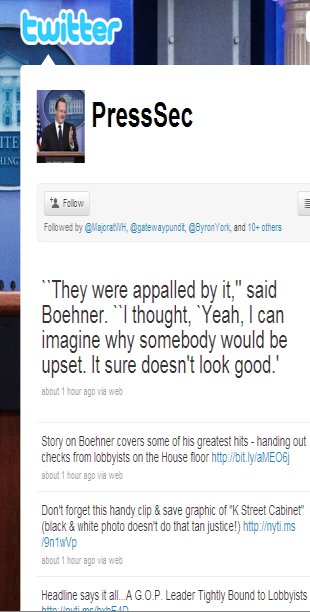 Total politicization of the Executive Branch is officially complete.

• Another* anonymously-sourced hit piece on a Republican (who is poised to damage Democrats in November) by the fish-wrap of record? Check.

• Further confirmation of the Media-Democrat Complex? Check and mate.

But it's not unexpected, seeing as how this White House possesses all the class of a bunch of Chicago aldermen on a 20-month power bender.

It's amazing: the White House doesn't even realize that its open collaboration with the Times' anonymously-sourced hit pieces -- disguised as 'news stories' -- is downright embarrassing.

The unholy alliance of legacy media and the Democrat Party is now obvious to even the most obtuse observer.

Which hopefully will hasten the demise of both entities in November.