Rep. Devin Nunes (R-CA) is focusing much-needed attention on the public sector pension programs that Democrats have driven off a cliff.

The country's public pension system is grossly underfunded and needs an overhaul, Rep. Devin Nunes said this week... [He] s promoting legislation designed to gauge the extent of the problem, while also establishing a ban on federal bailouts of public pension programs.

How bad is the underfunding problem? 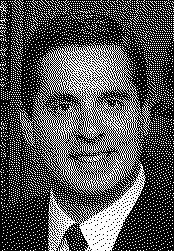 Nationwide, the country's pension programs for public employees had roughly $1.9 trillion set aside in 2008 to pay promised retirement benefits, according to Nunes...

...Yet those same programs have liabilities totaling $5.2 trillion — a gap of more than $3.2 trillion.

Introduced earlier this month, Nunes' Public Pension Transparency Act would force state and local pension programs to report their liabilities to the federal government using a uniform accounting standard. It would also create a federal ban on any future public pension bailouts by Washington.

The bill has picked up the support of several leading Republicans, including Reps. Paul Ryan (Wis.) and Darrell Issa (Calif.).

Last week The Washington Examiner's Mark Hemingway also hit the alarm, describing the fatal default of Pritchard, Alabama on its pension obligations. Hemingway's question is a troubling one: "If the busted public pensions in small-town Alabama make for a particularly tragic tale, what kind of misery is going to unfold when some of the largest towns and states in the country run out of money?"

The public sector pension crisis is here. The nefarious alliance of corrupt Democrat politicians and their public sector union bosses have left pensioners and taxpayers high and dry. Rep. Nunes' efforts are a brave and utterly necessary start at addressing this impending catastrophe.

The feds can't bailout the pensions under current law, so this bill is just so much grandstanding.

Boycott the Municipal Bond Market. If you are a muni investor (a buyer of tax free municipal bonds either directly or through muni bond funds) you are supporting Public Employee Pensions. You are supporting the people who are robbing you blind.

Some of the bond deals are excplicitly named 'pension obligation bonds', but even the General Obligation Bonds (backed by taxes) and essential service revenue bonds (waters, sewers, elecs, etc...) are helping to maintain absurd public employee salaries and benefits.

If you have never thought of that way, please do so now. SELL ALL YOUR MUNIS! Break their backs.

According to the Stanford University Pension Report California has an unfunded pension liability of $500 billion.

Nunes says, "What they have been promised they may not receive."

May not receive Mr. Nunes? There is no chance in h**l that will receive what they've been promised and you California folks are playing musical chairs as to who is going to tell your State’s public and private Unions this. Don't look to Washington unions. The House now controls the purse strings and not only will they not fund a California bail out but they’re certainly not going to after you folks voted the same people who got you into this mess back in. There is no debate about this. You will see unions take to the streets in this State before May.

I feel very sorry for the retirees that have planned their lives with the public and private union pensions promised. Work this backwards folks to who or what promised this to you and litigate because you’re going to have too sooner or later. Both public and private Union folks will see drastic cuts to both pay and benefits and to those who have a year or so left until retirement? Surprise! $500 billion……..good luck California.