'Who is Jared Loughner?'

KGUN Channel 9 attempts to answer the question: "Who is Jared Loughner?"

The 22-year-old was taken into custody shortly after the shooting, and hasn't been seen publicly since... 9 On Your Side spoke with a young adult who went to school with Loughner in middle school and high school. The friend, who did not want her name used, told KGUN9 News, "When I knew him he was odd. Not psychopath, just odd. Most kids at 12, 13, 24 are weird. He was odd, but not that weird."

She went on to say, "When I heard it was him that did it, it was shocking. He never said creepy, psychopathic things. He would listen to hard core, heavy metal music. But when I knew him he wasn't like crazy our anything. Just odd. It was kind of weird to see this transformation from someone who is like a little bit odd, to like, crazy, 'I'm going to kill a bunch of people."

Loughner as posted some bizarre videos on his YouTube channel. The most controversial video shows someone in a mask lighting an American flag on fire. It's titled "America: your last memory in a terrorist country".

...Loughner has a criminal history and that campus officials at Pima Community College had difficulties with him on campus... What appears to be Loughner's myspace page was captured by website Good Politics before it was deleted. In one of the last messages left this morning, he wrote "Goodbye friends. Please don't be mad at me. The literacy rate is below 5%. I haven't talked to one person who is literate. I want to make it out alive. The longest war in the history of the United States. Goodbye. I'm saddened with the current currency and job employment. I had a bully at school. Thank you. P.S. --plead the fifth!"

Loughner went to Tortolita Middle School in Marana. A district spokesperson says that Loughner spent his freshman through junior years at Mountain View High School. Then, he withdrew from school before his senior year.

Pima Community College issued a statement about Loughner Saturday at 7:35 p.m. The statement described Loughner as a former student who withdrew from the college in October after being suspected for code of conduct violations.

"From February to September 2010, Loughner had five contacts with PCC police for classroom and library disruptions at Northwest and West campuses," the statement read. "On September 29, 2010, college police discovered on YouTube a Loughner-filmed video made at Northwest Campus. In the video, he claims that the College is illegal according to the U.S. Constitution, and makes other claims."

The college said it told Loughner that if he wanted to come back to school, he must "must resolve his Code of Conduct violations and obtain a mental health clearance indicating, in the opinion of a mental health professional, his presence at the College does not present a danger to himself or others." ...The college said it had no further contact with him after that... 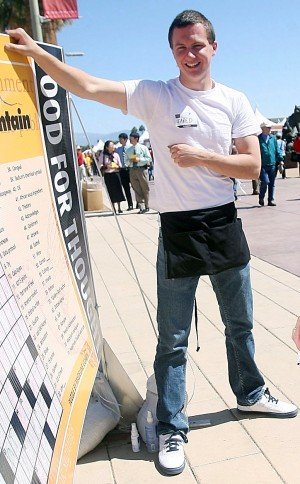 The man arrested on suspicion of [the shootings] tried to manipulate his dreams and posted rambling messages on the Internet... A former classmate of Loughner at Pima, from which he was suspended Sept. 29 for code-of-conduct violations, said he was "obviously very disturbed."

"He disrupted class frequently with nonsensical outbursts," said Lynda Sorenson, who took a math class with Loughner last summer at Pima Community College's Northwest campus... Dupnik said the suspected shooter has made death threats before and been contacted by law-enforcement officers. The threats weren't against Giffords, Dupnik said.

...As a middle school student, Loughner was "kind of an outcast," said Shannin Macey, who said via e-mail she attended Tortolita and Mountain View with him. In high school, Loughner was in jazz band and played the saxophone but he dropped out in junior year, said Tommy Marriotti, who was a high-school friend of Loughner.

At the time he dropped out, Loughner was having drug problems, Marriotti said, but he seemed to do well once he started taking classes at Pima... Loughner attended Pima courses from summer 2005 until he withdrew in October after his suspension, the college said.

He tried to enlist in the Army in 2008 but was rejected, said First Sgt. Brian Homme, who oversees Army recruiting in Tucson. Loughner was sent to Phoenix to take a test and physical, but "he was found to be unqualified," Homme said... Loughner registered to vote for the first time in 2006, said Chris Roads, Pima County's registrar of voters. He registered as an independent and last voted in the 2008 general election.

Sorenson, Loughner's classmate at Pima, said he was asked to leave the pre-algebra class several times and eventually was barred from class... Another Pima classmate, Lydian Ali, said Loughner would frequently laugh aloud to himself during the advanced-poetry class they attended. Only about 16 people were in the class, so Loughner's behavior stood out, Ali said... "It almost seemed like he was on his own planet, because his comments would have nothing to do with what we were talking about," Ali said.

Loughner's online accounts contain some political comments but are dominated by bizarre discussions of his desire to establish a new currency and his disdain for what he considered the public's low literacy rates. He also wrote threatening and despairing messages... "WOW! I'm glad i didn't kill myself. I'll see you on National T.v.! This is foreshadow .... why doesn't anyone talk to me?.." he posted on MySpace Dec. 14. [The day before,] he wrote: "I don't feel good: I'm ready to kill a police officer! I can say it." ... In a posting on YouTube, Loughner wrote repeatedly about a new currency.

Loughner has had at least two minor run-ins with police, online court records show... In October 2007, Loughner was cited by the Pima County Sheriff's Department for possession of drug paraphernalia, a charge that was dismissed in November 2007 when he completed a diversion program... One year later, in October 2008, Loughner faced a "local charge" in Marana Municipal Court. That charge was also dismissed following the completion of a diversion program in March 2009. 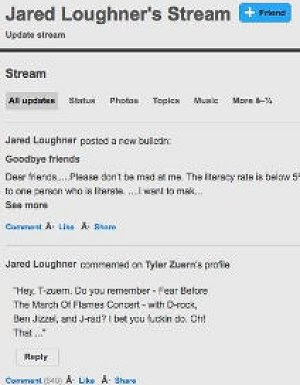 [He] was a former PCC student who voluntarily withdrew last October after he was suspended for code of conduct violations...

...PCC says Loughner and his parents met administrators on October 4, 2010, and Loughner indicated he would withdraw from the College.

...Search warrants were served in the Tucson area, including the home of Loughner's parents in the 7700 bock of North Soledad Avenue, Pima County Sheriff's department spokesman Rick Kastigar said...

Further information on what was seized by deputies was not immediately available.

Here's a look at Loughner's MySpace page, which has been restricted from public view.

This young man is a very sick individual, which makes the efforts of the Democrat Party and legacy media to politicize the shootings all the more disgusting.

at 2:34 PM
Email ThisBlogThis!Share to TwitterShare to FacebookShare to Pinterest
Labels: MSM

Get ready for the progressives to start with more "gun control" stories rather than focusing on a dangerous NUT!!!

WHAT? He's not a TEA Partying Beck fan Palinite? Shocking.

Had he played tenor, he may not have lost his mind.

This story says registered independent, but everything else I've read said he was a Democrat.