After word breaks that Andrew Breitbart will appear on an ABC News panel, exec forced to apologize to moonbats who despise free speech

As signs of a possible conservative tsunami appear on the horizon, liberals progressives are panicking, screeching in rage at even the hint of diverse opinions sullying their previously pristine echo chambers. Which leads to preemptive apologies on the part of folks like ABC News for the high crime of including Andrew Breitbart on an election panel.

Since conservative commentator Andrew Breitbart announced on his website that he was going to be a participant in ABC’s Town Hall meeting at Arizona State University, there has been considerable consternation and misinformation regarding my decision to ask him to participate in an election night Town Hall event for ABC News Digital. I want to explain what Mr. Breitbart's role has always been as one of our guests at our digital town hall event: 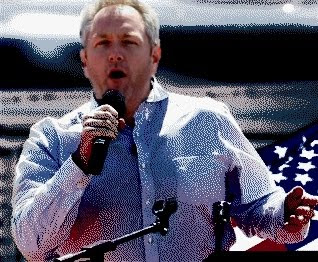 Mr. Breitbart is not an ABC News analyst.

He is not an ABC News consultant.

He is not, in any way, affiliated with ABC News.

He is not being paid by ABC News.

He has not been asked to analyze the results of the election for ABC News.

Mr. Breitbart will not be a part of the ABC News broadcast coverage, anchored by Diane Sawyer and George Stephanopoulos. For the broadcast coverage, David Muir and Facebook's Randi Zuckerberg will contribute reaction and response gathered from the students and faculty of Arizona State University at an ABC News/Facebook town hall.

He has been invited as one of several guests, from a variety of different political persuasions, to engage with a live, studio audience that will be closely following the election results and participating in an online-only discussion and debate to be moderated by David Muir and Facebook’s Randi Zuckerberg on ABCNews.com and Facebook. We will have other guests, as well as a live studio audience and a large audience on ABCNews.com and Facebook, who can question the guests and the audience’s opinions.

In the bazaar of ideas, the modern Democrat is the suicide bomber. For, rather than entertain lively debate and diversity of opinion, he would rather destroy the world.

A serious, ethical, leader for all at such an important time.

ABC News is wise to try to appoint him, but it all too late for these Democratic Partisan operations.