A delightful individual using the moniker "Further than you" offers his well wishes for the coming election.

This kind of trivial focus on a similar video style when there are HUGE issues not being addressed by the RIGHT, is exactly why the entire country (and world) are laughing at the conservative (bowel) movement. All you "patriots", listen up: 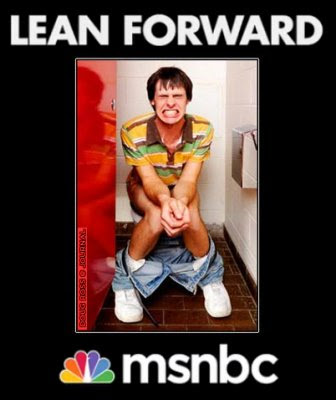 We have an insane amount of "patriots" in this country talking about "watering the tree of liberty with blood" and carrying guns to rallies, exuding hate, intimidation, and calling their opponents traitors, socialists, communists, nazis, whatever damning title they can think of, all while dancing perfectly as their puppet masters planned, in order to distract us all from their constant game of bubble inflation and fraudulent profiteering that left our country in shambles. A few crooks deregulating markets to buy a few islands to retire on is simply criminal. But a systematic raping of our nation's wealth, a calculated funneling of money from the poorest to the richest, from Americans to foreign entities, resulting in class wars and violent division? That's called TREASON. And those that defend said treason, through blind ignorance or willful greed, are enemies of the state, in my book.

THIS MEANS YOU, ignorant teabagger, protesting Dems who want to tax companies for sending our jobs overseas. YOU ARE A TRAITOR.

THIS MEANS YOU, conservative sycophant, crying about Obama's wasteful spending (which keeps teachers in the classroom trying to teach your smug offspring something besides the bible) whilst on YOUR watch, spending reached UNPARALLELED HEIGHTS in order for your puppet masters to rake in oil profits and war contracts and tax cuts for the richest. YOU ARE A TRAITOR. 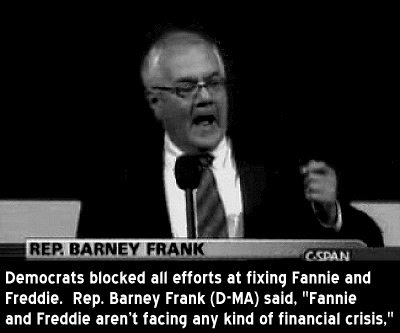 THIS MEANS YOU, forgetful republican: YOU whine about freedom while constantly treading on others'. YOU rave about your founding fathers, who started this country to have religious freedom for all, then fail to uphold that same freedom for others based on your own bigotry and fear. YOU support wars to "spread democracy" with a boot heel on one neck and a bullet in the other, exponentially increasing the very terror you claim to be fighting against. YOU preach Christian Family Values while engaging in a never-ending parade of scandals, affairs, molestations and sex acts that you rail against. YOU clap as your elected frauds block every single move to improve the damage they did during BUSH, not because they truly believe it's the right thing to do, but because crippling America into a panic-turned-hate-fest is the ONLY way to make enough of our country forget how HORRIBLE 2000-2008 was for your team to win back seats. And that's their only chance of winning. And you lick every bit of that s--- right off their boots, like starving retards at all-you-can-eat s--- buffet.

YOU ARE ALL TRAITORS.

YOU are endangering OUR country's global standing and future, our health care needs, our financial safety , and the rights of our women. And OUR PERSONAL LIBERTIES, which you SCREAM ABOUT, are most at risk when YOU are in charge.

We are a family in America. And you are the senile grandpa who's storming about the house with a loaded rifle, threatening the children. Too stupid to see the damage you cause, too blind to glimpse your own role in the travesty that enrages you . We no longer care if it's because you were raised that way or you're just brainwashed by Faux Noose or whatever. If you don't pass away from natural causes soon, we may have to put you down for the safety of everyone.

So when it comes time for blood to water that tree of liberty, WHO'S BLOOD DO THINK WILL BE SPILLING? Because all fingers (and sights) point at YOU, TRAITOR.

I know I shouldn't bother, but let's clear a few things up -- not for the rocket scientist author -- but for the (thankfully) few Democrats remaining that have a willingness to learn.

• Yes, I blame those gun-carrying teabaggers, too. Carrying all of their guns at rallies (shhh, humor him), exuding hate and intimidation by begging their representatives not to pass thousand and thousands of pages of massive new entitlements sight unseen... quite unseemly, that. As for calling people Nazis, you're right. Unlike the tolerant left, conservatives are awful, nasty extremists. 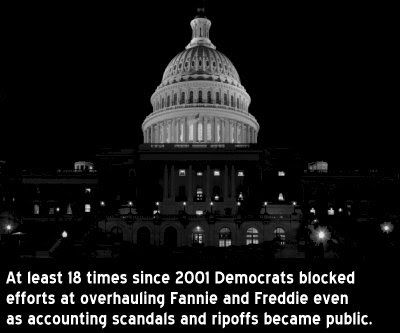 • Yes, I blame deregulation, too. That is, if George W. Bush had actually created Fannie Mae, Freddie Mac, the FHA, OFHEO and every other job shop for well-connected Democrats that completely destroyed the housing market by manufacturing a trillion-dollar market for subprime loans.

• Say, and about that spending that "keeps teachers in the classrooms"... how are those Blue State Utopias of California, Illinois and New York doing? Oh. You say they're bankrupt? And the federal government's bankrupt? Well, gee-zel-pete, who's gonna pay the tab? You say we should let our grandchildren pick it up? Oh. Okay.

• And you're right -- that "never-ending parade of scandals, affairs, molestations and sex acts" by those hypocritical Republicans are awful. Can't think of any recent ones, but you're right nonetheless. I like it that liberals don't have any family values or moral principles. That way they can't be considered hypocritical when they, say, get fellated in the Oval Office, then perjure themselves and end up disbarred! Or when they run a male prostitution ring out of their condo. Or when they abuse a series of male Congressional pages. And they don't suffer any reputational damage! Genius!

And speaking of "trivial focus", why concentrate on a wide stance when we can discuss illegal immigrants canvassing for votes, ACORN, Project Vote, the New Black Panthers, Black Liberation Theology, crushing charter schools, increasing the power of public sector unions at the expense of the taxpayer, paying off trial lawyers and increasing the Democrat core constituencies of felons, illegals, and the dead? 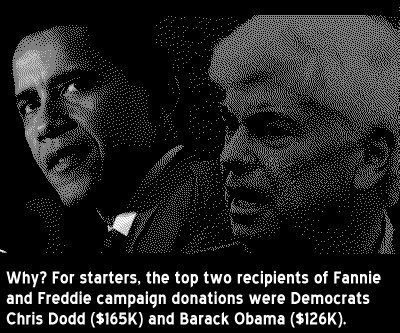 • And you're so right. President Obama has greatly improved our "global standing and future, our health care needs, our financial safety, and the rights of our women." It's our allies' fault that they think our relationships are at new lows. And who cares if Social Security, Medicare, and Medicaid are at least $50 trillion dollars underwater -- we've got wealth to redistribute in the form of socialized medicine -- the better to control the populace with. And it's Bush's fault that even though Nancy Pelosi vowed "no new deficit spending" in January of 2007, she's added $5 trillion to the national debt. As for the "rights of our women" -- yes, that abortion clause in the Constitution is a real page-turner.

As for the idiotic threats? Well, given that you're a doughy Internet troll who lives in Mommy's basement, it's kind of touching, really. But I'll offer nonetheless: three rounds in the ring or the octagon. Your call.

Powerful letter ... seems that someone went off his ritalin.

Sounds like you need to be talking to the progressive Republicans, like those who aren't led by the hulking pig-faced drug addict Rush Limbaugh. With the young generation coming on, the tea baggers have a limited time span, even if they took over EVERYTHING!

Yo Further Than You,

GWB had 49 coalition country's who backed going into Iraq, with 33 providing troop support, regardless if numbers were small.

Obama promised sanctions against Iraq in 2009. Could not get UN Security Council countries on board until JUNE 2010. WOW! That's real clout!

When Obama went on his Asian tour, he got scolded for his spending by his/Democrats' "sugar daddy"
China. Did GWB have to grovel to China and get yelled at for spending too much?

Members of the European Union told Obama to take a hike when "The One" told them they need to spend more to get out of the recession his beloved Fannie Mae and Freddie Mac caused, thus poisoning the worlds fiancial health.

Obama facade has fallen off. Countries around the world feel fooled and ripped off. So do US citizens and rightfully so. Resulting in the TRUE grass roots movements of Tea Party culture.

Aww, isn’t that just adorable? An ever-courageous “anonymous” progressive drops by to show us eee-vile conservatives how enlightened he/she/it is. Let’s review the inclusiveness and enlightenment:

* Claiming to be a nurse, then admitting that he/she/it gathers with other nurses to laugh at those who are in pain.

Gee whiz, I guess I really did need your wake-up call to rethink my life. If only I were as open, loving, understanding, and accepting as you, I could finally sleep at night.

Voilá! This is liberalism at its finest. Rash assumptions of people based on no discernable evidence whatsoever, name-calling of those who dare to disagree with their point of view, and an obvious joy at the suffering of others.

If I were like you, I would be ashamed to show my face in public too. Don’t worry about caring for me in the hospital either. I come from a long line of strong Irish men who smoked until their last days – all of which were well into their ninetieth years. I’ve dressed my own wounds in the past, so I don’t really need your smug assistance, thank you. I’ll die old, happy, and in my own bed.

@The_Bad - come to think of it, these anon messages really are a perfect microcosm of the modern left.

what did they call those little ant-farms made of narrow plexiglass back in the day?

That's what we have here with the moonbats.

"THIS MEANS YOU, ignorant teabagger, protesting Dems who want to tax companies for sending our jobs overseas. YOU ARE A TRAITOR."

Where do we get these Democratic Partisan fools? Is this a transplant from far away, who is lost in a University somewhere, so young not to know basic economics?

What is no surprise, is the complete lack of ability to convey a point of view with a mature, reasoned ability. It is all demeaning, nasty, vilification. Nothing here, but a sign of an unstable, demented mind, which is lost in a fashion of hate. It is ironic, for the ugly Democratic Partisan above, clearly shows an easily preyed upon intellect, which fell for the Democrat sales pitch, to become a political bigot.

They are not able to analyze sound policy, for they are stuck on hatred. Having personally lived in collective alternatives overseas, it is those policies of massive Governmental spending, taxation, regulation, etc., which is sending jobs away. This ugly author could merely study the disaster of FRANCE, to get a clue, even realize how hard it is to start a business there - to see the problems with the Democratic Party platform which rewards Union interests, always pushing jobs overseas.

The same happened during the Carter Malaise, and the early Clinton years prior to the Republicans taking control of the House. The same disastrous Democratic Party destruction can be seen in NJ, CA, NY, LA, MI, etc. It is so vividly obvious, but this fool cannot grasp it, and their angry screaming is evidence they simply are not bright enough to deal with the most simplistic.

Fashion follower of the most absurd kind. The kind that would oppose a Monopoly in the Private Sector, while they blindly help build a supreme Monopoly out of Government. They need to spend some time living in the former Soviet Block, and imagine what governmental rationed 'breadlines' are all about. Try visiting HUGO's prison down South for a while, to see what the removal of FREEDOM is all about.

This is why Democrats, the folly of this loser's email, are quickly becoming the most "HATED" group of fools of all. This is the Pelosi, Clinton, Reid, Obama, etc, ignorance in all it's ugly splendour.