So reads the headline at the invaluable Investors Business Daily. 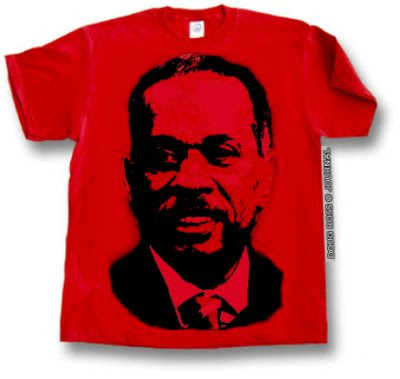 Public broadcasting strikes a blow for censorship by firing a nationally known commentator for suggesting a connection between Islamofascism and terrorism. Sorry, there is one, and it makes us nervous too...

...To be fair, Williams warned O'Reilly that a blanket condemnation of Muslims wouldn't be any more justified than blaming all Christians for the actions of Timothy McVeigh in blowing up a federal building in Oklahoma City.

This is something liberals do all the time. Watch out for those right-wing militias and those racist Tea Partyers, you know. NPR, interestingly enough, recently engaged in politically correct stereotyping by running a segment on how to speak "tea bagger."

...It is political correctness that forces grandmothers and children through body scanners. It was political correctness that allowed Maj. Nidal Malik Hasan to rise through the ranks undetected until the day he shot up Fort Hood shouting "Allahu akbar!" (God is great) despite numerous warning signs. It is what caused us to ignore a group of young Middle Eastern men attending flight school to learn how to fly, but not land, a 747...

...Political correctness is getting Americans killed. And those who worry about our civil liberties being taken away while they sit silently as our freedom of speech is suppressed are hypocrites.

Why do we have government-run news?

That's the first thing we should cut to balance the budget. There are 50,000 radio stations in the U.S. And about a bazillion cable channels.

And we need state-run news why?

And, say, you've got to admit that's a pretty cool t-shirt, if I do say so myself.

Can we help them LEAN FORWARD over the cliff?

NPR is a perfect example of using great cultural expression, excellent production skills, popular fashion, to push a Partisan view. For years their game has been so obvious, and it hurts more with the taxpayer funds aiding this disaster.

On another note, of someone jumping over a cliff to appease a political arena - Peggy Noonan who lost all credibility over the past for years, is further trying to bash Bush to appease Tea Party Protesters - Conservatives.

It is a joke, as she is often considered "the establishment" Beltway Insider by many of Our Own. She is playing on the overt fashion, hoping folks aren't quite paying attention to the records. As much as a number of folks were frustrated with GW and the Republican Majority - the reality is they were never even as close to being as bad as Noonan's favorite McCain Maverick type of Player.

Her initial instincts, when fears over Iraq grew to reactionary extremes, was to blame the Bush Administration as being TOO CONSERVATIVE. Folks knew she was full of Beltway Nonsense, revealing having been far too influenced by Matthews 'Softball'.

Now Peggy desperately tries to placate Our Own Base, by demeaning GW Bush again!

How utterly predictable and pathetic for an Elite Pundit who has been revealed long ago, lost all sense. Is she now going to say McCain was saved by Palin? After she bashed Palin prior?

The problem remains, some actually by into this Fashion on Our side, as the Bush Administration's Record is actually pretty admirable, even in terms of spending after 9-11. Certainly we want better, but some fools started talking "traitor" and promoting calls to lay down for Nancy. The hype simply doesn't match reality, and NOONAN is behind the curve still.

PS: Noonan doesn't seem to realize, the Democratic Party is what saves the GOP, as they are so bad, everything else looks very attractive in comparison.

But there are enormous positives a leader like GW brought to the table, especially the Republican Leadership after 9-11 in fighting the GWOT.

Noonan is stuck on a distorted view, encouraged to play to the fashion of the day, just as she played to the fashion which viewed the Bush Administration unpopular prior to 2006.

As soon as Iraq was won, those negative views simply didn't fit the actual record.

One other thing, the Democrats attempted censoring of someone like Williams, also reminds one of some on Our Own Side, calling everyone and anyone a 'traitor' or a 'liberal' if they don't fully agree (like when one questions Palin's capability).

There are those on Our Own side who seem to wander into Authoritarian territory, even a few like Riehl who will make up anything to push their game.

The NPR Elites showed their true colors. If NPR had to compete in the marketplace for advertising dollars, it would be slaughtered. Its survival depends on grants from left-wing foundations and money seized by the government from taxpayers. The government portion of its funding should be stopped immediately. Let George Soros pick up the slack.