This Week in ObamaCare -- Connecticut Edition

Check out this hilarious string of events: 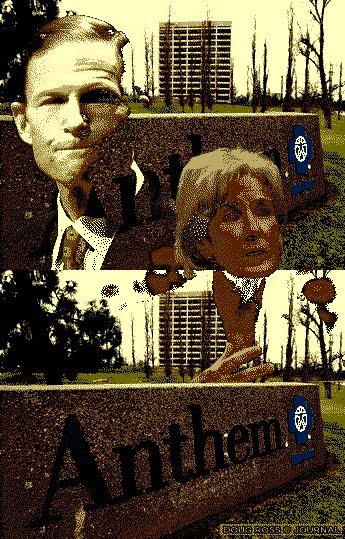 • The state's Department of Insurance approves the rate hikes, noting that Anthem's actuarial calculations are reasonable and proper.

• Connecticut Attorney General Richard Blumenthal -- who is running a truly pathetic campaign for the Senate Governor, so I'm sure his motives are pure -- attacks the Insurance Commission, demanding to know why they hadn't fully reviewed Anthem's rate request.

• Insurance Commissioner Thomas Sullivan fires back at Blumenthal stating, "[t]he rates that were filed and approved reflect the current cost to deliver care and the impact of more comprehensive benefit designs required under the federal healthcare reform law ... If the attorney general wants to complain to someone, he should complain to Congress."

• The U.S. Department of Health and Human Services then slams Sullivan, screeching that "[ObamaCare] cannot be used to justify this huge rate hike and, in fact, includes provisions to empower States to shed light on and guard against this type of excessive insurer behavior."

HHS also threateningly mentioned a $1 million grant (more taxpayer funds, mind you) made in August to the Connecticut Insurance Department (CID), implying that there wouldn't be any more bribes payoffs financial assistance coming if they couldn't get their story straight.

• HHS Secretary Kathleen Sebelius also launches an audit of Thomas Sullivan's income tax and health records through her enhanced enforcement arm, which you may also know as the IRS.

Okay. I made that last one up. But you were buyin' it, weren't you?

This government is completely out of control. ObamaCare needs to be defunded and repealed. And every Democrat in Congress needs to get a pink slip in November.

Blumenthal is running for the Senate...not governor.