How to use your power as a senator to send $8 million in cold cash to your son, by Barbara Boxer (D-CA). Also: The Hill scrubs story from website

Can we call this burgeoning scandal Boxer-gate yet? After all, when 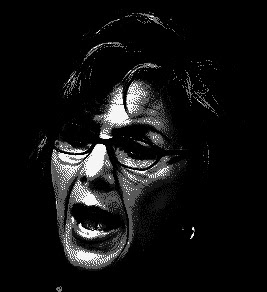 a Democrat finds a way to secretively transfer $8 million in cold cash to her son using unabashed power in the Senate -- which is what The Hill alleges that Barbara Boxer did -- then it seems an apt title indeed.

Step 2: Jam legislation through that reinstates the tribe and discretely tack on an amendment that gives the tribe the right to open a casino near San Francisco.

Step 3: Have the tribe turn over all real estate and policy details for the construction of the casino to two advisory firms, both of which were co-owned by the Senator's son.

To avoid immediate citizen concern about a casino popping up in their posh neighborhood, Doug Boxer’s Kenwood Investments 2 kindly fronted for the casino interests in purchasing a tract of land in Rohnert Park, as well as helpfully taking options on adjoining parcels of land for themselves to sweeten the pot... Then Platinum Advisers sprang into action to try to gain community support for the casino...

What makes the story timely is that the federal government just a couple of weeks ago was compelled to declare the land that Boxer’s son had purchased on behalf of the Indian casino a reservation, effectively killing the local zoning and lawsuits that had tied the project up in knots for most of the past decade.

As an aside, The Hill's Rick Manning -- who first reported this in the national press -- must be in very deep doo-doo indeed. 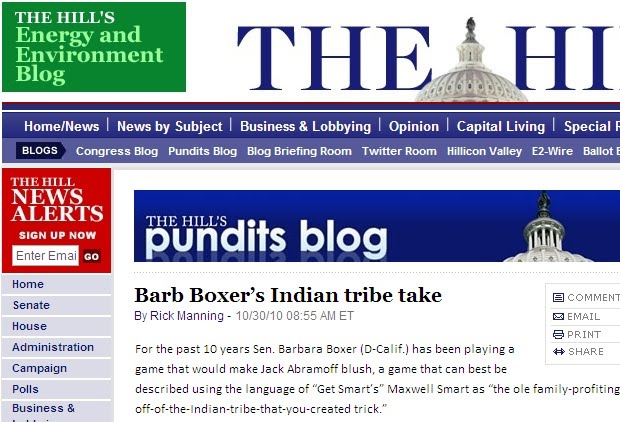 This is the story as it appeared yesterday morning. 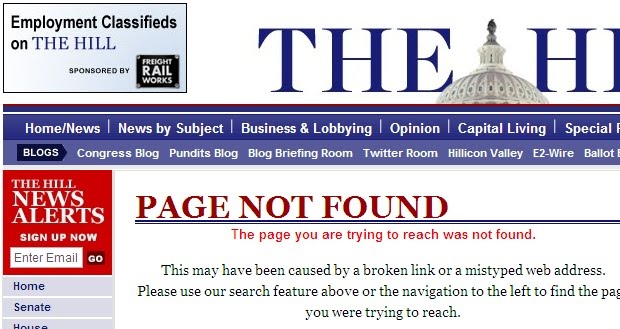 And this is the story as it appears now.

Scrubbed as clean as a whistle, perhaps because The Hill was threatened with every form of reprisal possible. And as a Beltway news periodical, the opportunities for malfeasance by political hacks are almost limitless.

Spread the word. Support Carly Fiorina for U.S. Senate. And stop this malevolent crackpot from harming this country further.

Do you happen to know which tribe was involved? I'll do some digging myself.

Does it have anything to do with the San Pablo Lytton Casino? This would be interesting as the Casino was a contributor to The Patriot Majority, which is running fake Tea Party ads in Nevada against Sharron Angle.

The groups leader was once Harry Reid's communication director.

You can also find the information from The Hill article here.

it's all in the family:

and hillary's daughter married the son of another corrupt/convicted congressman - mezvinsky.