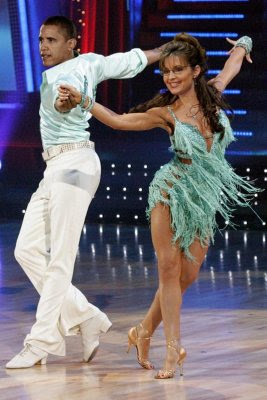 Two Democratic Ads Show You Just How Bad It Has Gotten For The Democrats Out There: RWN
Hypocrite Joy Behar Defends Islam But Has a Long History of Bashing Christians: GWP
Michael Moore: “The Next Time We Have A Hole In The Gulf… We Need To Call In The Chilean Government”: Mediate

How To Kill Americans: A Guide to the Really Effective Ways: BRubin
Sharia-Sanctioned Marital Rape in Britain -- And North America: AT
In Global Hunt for Hit Men, Tantalizing Trail Goes Cold : WSJ

Rescued miner says he saw God, devil during captivity, "I buried 40 years of my life down there...": BlogProf
Another Careless Cyclist Causes Crash: C&S
The Declaration of Intolerance: R&R

"One of the famous definitions of insanity is repeating the same mistake over and over again while expecting a different result. Whether that’s a perfect definition is open to debate, but one thing is certain: it’s as accurate a description of the California electorate at this moment in 2010 as you could get."

No doubt about it, but also, one must not forget all those who have jumped onto the DNC Payroll - especially via the UNIONS.

It is the big Democrat Machine, and the folly extends still to a massive power held in most of Our Media Institutions - such as Print, TV, Film, etc., (MTV is a prime example of successful popular cultural venue, entertaining, hip, which sways many to a fashion for the very worst Political Party).

IF Scott Sipprelle wins in NJ's Democratic Party Bastion of the 12th District, we have an HISTORIC slam of the Democrats on Our hands. The horrid Rush Holt is another Democratic Partisan kooky disaster. Someone told me today, rumor has it locally, the race is a dead heat!

But until Conservatives get their complete game together, not self destruct with their own fashionable nonsense, spend investment into various arenas which were long ceded to vapid Democrats - (FOX is a great beginning with some dose of fairness in MEDIA Circles), we will still find ourselves competing uphill.

The O'Donnell - Buchanan Fashionable imagery is severely problematic - like when VP Quayle started focusing primarily on 'family values'. There are overt Identity Stereotypes which become easy prey for the disastrous Democratic Partisan Machine. It has aided this Democratic Folly for years.

The most powerful mantra is the Free Market, with low taxation, reasoned regulations, smaller government, healthy competition, etc. and the positives of a powerful National Defense empowering FREEDOM. We just cannot afford to abandon the strengths, advocated by heroes like WFB, in exchange for a fashionable Identity game. Social issues are essential, just the packaging of the pure IMAGE movement can weaken all too often.

Roger Simon accurately displays how mindless the 'fashion' on the Democratic Partisan side has become - for the pushed bigotry against anyone opposing the Democrats. Stunning to see the Democrats cannot even support sound, proven, FEMALE CEOs from the Private Sector when the STATE of CA is burning.

This bigotry is genuine, even pushing the creation of terrible policy to simply oppose Republicans, because these Democrats are lost in hatred.

Hopefully after NOV, we will grow beyond, to utterly remove Democrats from power, even if California sinks like a rock.

We must do better.

I must say, I am impressed with Romney's aid to all Republicans across the board - not just Fashionable Images in the Conservative arena:
"Former Massachusetts Gov. Mitt Romney is grinding through the 2010 campaign state by state and district by district, adhering to a go-everywhere, never-say-no campaign schedule that will have recorded visits to 30 states before Election Day."

We need more of it.

I have to tip my hat. He definitely hurt himself with the MA Health Care Reform, but his proven record as CEO in the Private Sector is still one of heroic Free Market Legends. Also, he doesn't need to say 'common sense conservative' every two seconds, trying to hide an inability to handle a simple question.

We shall see, a long way to go, but this NOV is essential. Even if we blew it in Delaware, we still have many chances - Ms. Angle was sound in her debate defeat of the disastrous Reid. One can dream.