The government-sponsored entities (GSEs) known as Fannie Mae and Freddie Mac are still hemorrhaging cash two years after their bankruptcies helped bring down the entire financial industry. Protected for years by Democrats and used to subsidize mortgages for folks who couldn't otherwise afford them (under the rubric of "social justice", of course), Fannie and Freddie remain headed for a financial cataclysm.

The rescue of mortgage giants Fannie Mae and Freddie Mac could cost taxpayers between $142 billion and $259 billion through 2013, according to a new report... 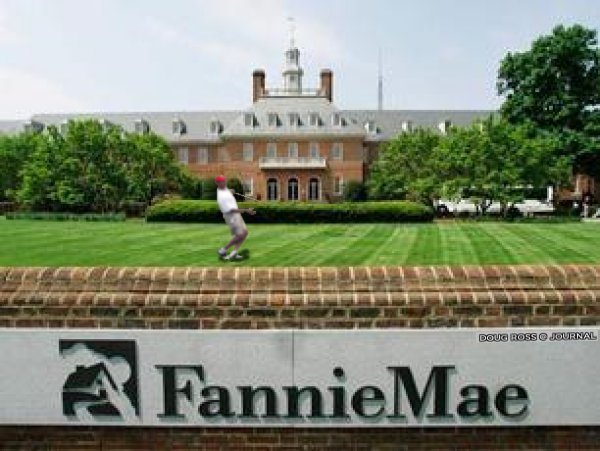 ...It's been two years since the housing bubble popped and the companies were put under government control.

In comparison, the auto industry bailout has cost taxpayers about $50 billion, according to the Treasury Department’s latest estimate...

In 2003, as the Bush administration pursued the corrupt Democrat leadership of the GSEs themselves -- and the politicians protecting them -- despicable hacks like Barney Frank, Maxine Waters and others pulled out the race card and threatened complete gridlock to salvage these corrupt enterprises.

At the same time, cronies installed by Bill Clinton -- including Franklin Raines, Jamie Gorelick, Jim Johnson and others -- were heading up the GSEs and touching off multi-billion accounting scandals while simultaneously paying themselves roughly $200 million over a six-year span.

So every time some liberal nutcase says that Bush or the free market or Bush or Bush caused the financial crisis, I would strongly discourage slapping them upside their heads and knocking some sense into them. Instead, show them the testimony of the Marxist Democrats who destroyed the housing industry.

Are all cronies and protecters of Franklin Raines/Fannie Mae going to capitalize and profit from Obama shoving through Cap and Trade through the EPA?

Are these patents why Fannie Mae was excluded from banking regulations