Stunner: Countrywide Was Scamming the Scammers?

Bear Trap emails us a link to a "letter outlining the lawsuit against BofA... It is pretty stunning. Countrywide formed subsidiaries to do maintenance, etc. on foreclosed properties at double the market rate, which the trust and therefore, investors paid."

As the housing market began to unravel in 2008, Countrywide was one of the first victims and was acquired by Bank of America in a distress sale.

Now it appears that Countrywide had a few additional tricks up its sleeve. Among the allegations contained in the letter, which essentially advises Countrywide of the legal s***storm about to come raining down on them, are the following: 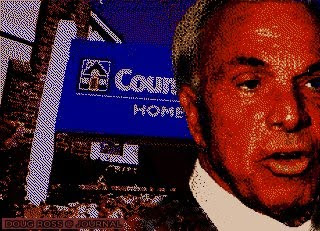 ...the Master Servicer ... continued to keep defaulted mortgages on its books, rather than foreclose or liquidate them, in order to wrongfully maximize its Servicing Fee, at the expense of the Certificateholders’ best interests, including rights to recover from pool or financial guaranty insurance policies...

...The Servicers’ failure to proceed appropriately and their failure to maintain records in an accurate, appropriate, and adequate manner has impeded this process and caused wholly avoidable delays that have injured investors, borrowers, neighborhoods, and communities...

...Despite the requirement that Servicing Advances were to be incurred only for reasonable and necessary out of pocket costs, the Master Servicer instead utilized affiliated vendors–who marked up their services to a level 100% or more above the market price–to provide services related to the preservation, restoration, and protection of” Mortgaged Property, in a fraudulent, unauthorized, and deceptive effort to supplement its Servicing income...

In other words, the biggest dogs on the block.

Barry Ritholtz observes that the damage could range from tolerable ($1-3 billion) to catastrophic ($20-50 billion) for the Bank of America and other institutions.

As an aside, the egregious Angelo "Orangina" Mozilo -- former head of Countrywide and friend of the disgraced, soon-to-be ex-Senator Chris Dodd -- is the very definition of a crony capitalist. 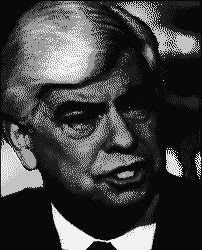 Mr. Mozilo settled the charges of fraud brought against him by the SEC by agreeing to pay $45 million to cover "ill-gotten gains," and he'll also have to pay a $22.5 million penalty. Bank of America will cover $20 million. Judging by Mr. Mozilo's earnings over the years — he raked in more than $500 million between 2000 and 2008 — he won't be in the market to rent a mobile home in North Dakota anytime soon...

One day in February 2009, Sen. Dodd, still hoping to salvage his re-election campaign, staged a Countrywide document dump in which he revealed some, but not all, of the loan papers to a select group of reporters and did not allow them to make copies. He never has followed through on his promise to disclose everything related to his loans, which a former Countrywide loan officer asserts saved him at least $75,000.

Maybe he's telling the truth. Now, with his political career coming to a close, and with the Countrywide matter put to bed, he has a chance to go out on a high ethical note by coming clean about his relationship with Mr. Mozilo, as well as his involvement in sabotaging lending-reform efforts by Sen. John McCain, R-Ariz., President Bush and others at a time when they actually might have done some good. In short, he has a chance to unconnect the dots.

He'll do exactly that if he has any respect for his constituents. To put it another way, he won't do it.

I'll say it one more time: the root cause of the mortgage meltdown was the Democrats' brain-damaged social engineering schemes combined with crony capitalism at its very worst.

And anyone who tells you otherwise is lying through their teeth.