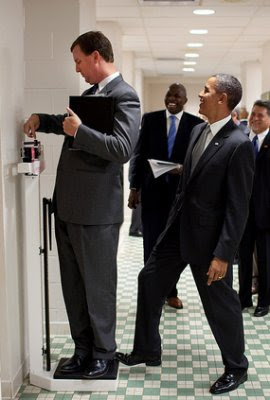 Keeping it classy: Barney Frank's boyfriend heckles Sean Bielat: WZ
Alcee Hasting has a message for the Democrats: HAP
Does Ken Buck Really Believe Being Gay is a Choice?: GayPatriot

'Influence-Peddling at Its Most Basic Level': JWF
Barack Obama and the Pitfalls of Fraudulent Branding: PJM
Prez Manages to Squeeze in Golf Between Campaign Stops: JWF

AP Poll: Obama Voters Giving Up Hope in Droves: Malkin
David Brooks: Obama told me “shovel-ready” was a crock… a year ago: Malkin
An Additional Note On Libertarianism: Riehl

The Surber Poll: Surber
We Are So Screwed...: GrandRants
'Change' not to believe in: Goodwin

The Code Pink Killing Fields: How Far Left Activists and Barbara Boxer Aided the Enemy in Iraq: GWP
Obama: We Trail China's Infrastructure... again: MagNote
It's Logical to Be 'Islamophobic': AT

Geert Wilders and the Rise of Islamic Correctness: AT
Mutilated Taliban Victim Reappears: JWF
Key to Afghanistan: 'Time. It will take some time': SignOn

QOTD: "Never underestimate the opposition , the polls haven’t closed. military ballots AWOL, the union/ACORN ground team has lots of experience GOTV..the dirty tricks will increase in intensity…and MSM will put out early polling results during Election day to try to derpess the GOP voters- ..and the candidates leading slightly need even more to win- at least 3-5% above the fraud factor- Remember Franken. So it’s all hands on deck for the next couple of weeks. Focus on the fact that the major legislation has already been passed to make the U.S. into a socialist country. The ideologues will continue their path unless they lose handily on Nov 2…and that means getting your family and friends and their friends to the voting booths." -- John MacDonald

yeah, great links again, but Riehl's listing is a weaker offering yet again.

sure, we all know unhinged leftist Democrats, who are up to no good.

but this is the problem with the 'unhinged' like Riehl, who has no credibility to speak of the nutty.

he probably should be given a few Blog tickets himself, for passing such bogus lies about the GOP and weak moderates like Castle.

in this matter in Alaska, Miller foolishly, and his associates, play right into the stereotypes the Democrats try to play. it is foolish, and frankly there is no spinning the bad handling of some delusional Democratic Partisan.

you call the cops, have them arrested, but do not arrest them yourselves - or treat fake 'reporters' in this manner. you preach the Constitution, follow it.

Miller again, after the revelations of his contradictory use of the Government, has shown the IMAGE is not the same as the reality.

If Angle did not have a sound debate vs. a terrible Reid (anyone should have a great debate performance on stage with that moron), the TEA Party EXPRESS selections would look terrible.

Rand Paul even looks bad, facing the ugly desperation of the Democrat Slander. His poll numbers are rather average - and we could again had a much stronger candidate in this essential arena in KY.

O'Donnell is a disaster - a complete waste of an election.

i wish it weren't the reality, as we need to inspire - have better Conservative offerings, but the selections of the Tea Party Express, including the Colorado Gov. Race. Seeing many Tea Party Express supporters (far different than typical Tea Party Protest Participants like myself), start to entertain the Trancredo option, is really absurd.

they need to get a little better in selecting who to push on all in the GOP Primaries.

Rubio was a genuine Republican, who is a prime example of a fine, stable, serious, proven Candidate which makes tons of sense.

everyone makes mistakes, nothing wrong with trying. of course, making excuses is tiresome. Reihl is a prime example of someone who simply should not be followed over a cliff.

Miller started screwing it up, the moment he won the Primary, with some bizarre emotive conspiracy charges. He will hopefully pull it off, and probably would be a good Senator, but this has not been a joy to watch.