If you're not familiar with the state of California, it's a public employee pension management organization that runs a state on the side with a large $19 billion deficit. 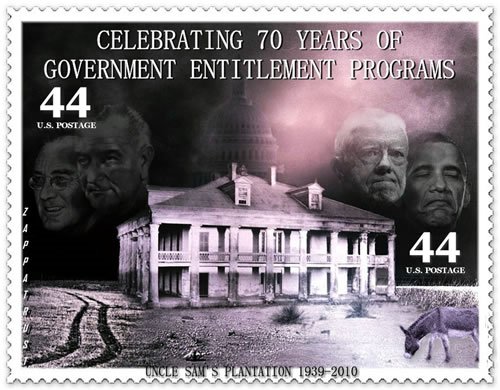 California governor Arnold Schwarzenegger explains it this way in today's WSJ: "The problem is stark: Over the last decade in California, spending on state employees' compensation rose nearly three times faster than state revenues. This has squeezed resources for programs, such as higher education and job training, that benefit private-sector workers. This year, for the first time ever, our state was forced to spend more on retirement costs ($6.5 billion) than on higher education."

One of the famous definitions of insanity is repeating the same mistake over and over again while expecting a different result. Whether that’s a perfect definition is open to debate, but one thing is certain: it’s as accurate a description of the California electorate at this moment in 2010 as you could get.

How else to explain that Jerry Brown and Barbara Boxer are still leading Meg Whitman and Carly Fiorina by 5.4% and 3.3% (RCP averages) in a state where unemployment is 12.4% (not including the underemployed and the astronomical number that have already given up), and from which businesses are fleeing like rats from the proverbial sinking ship? Even the storefronts on swanky Rodeo Drive are standing empty.

Nevertheless, a plurality of the voters still want the same old, same old.

Simon believes the voters are averse to change.

I believe, instead, that California may have hit the tipping point. The welfare state has exploded. The prison systems are packed with illegal immigrants. Medicaid and Medical are completely out of control. And the public sector unions, which influence every aspect of government, are in complete control.

As Perry says, California is a public sector pension system that happens to run a state on the side. Poorly at that.

The infernal confluence of public sector unions and the Democrat Party will be the death of the American dream unless the people wrestle back control.

We see the same folly over and over, even after the Carter Malaise, the Clinton Malfeasance, Obama's Mess, etc.

NJ, NY, CA, MA, LA, MI, etc., etc., were made horrible by the same failed Democratic Partisan offering, over and over again.

Democrats never learn, and they are sinking us.

We cant have that stamp for awhile since Slick Willy and The One are on it and they aren't allowed to have anyone alive on a postage stamp. Although they did make an Elvis one