Jon Ralston is nothing if not consistent. Amid shrill claims of non-partisanship, the Las Vegas Sun columnist has run a homogeneous series of commercials for Senate Majority Leader Harry Reid, all of which were thinly disguised as op-eds.

Now his final Hail Mary pass for the Reid campaign consists of an election forecast as predictable as a Joe Biden gaffe. Cue the headline: "Atmospherics are terrible for Reid, but he will hold on." 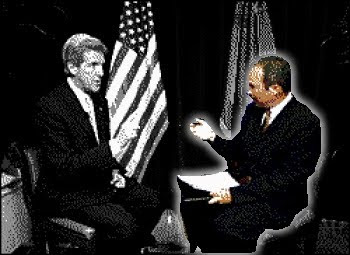 It just feels as if Reid is going to lose.

Forget the enthusiasm gap — that word is too mild. There is a passion gap in this race that is palpable. You don’t find many people shivering with excitement to vote for Reid. But the feverish animation of voters hot to oust Reid is unlike anything I have experienced in nearly 25 years of covering politics. And it seems to have been building since January, evidenced by Reid’s inability to move his highly elevated disapproval rating.

It just feels as if he is going to lose.

No mention of the Democrats' core constituencies: illegal aliens, felons and the dead. But it won't matter on Tuesday.

Ralston should read the weather report in Nevada. Meteorologists are looking for a category 6 hurricane named "Constitution".