Hey, West Virginia Voters: Remember When Joe Manchin Endorsed Barack Obama and Covered Up For His Promise to Bankrupt the Coal Companies?

Manchin... says he believes "West Virginia is going to be the sleeper for Barack Obama."

...He believes Obama could win the state in Tuesday's election and that he will be our next President.

He says Obama is the better man to help the nation's struggling economy.

How did that endorsement work out, Mountaineers?

In January of that same year, the San Francisco Chronicle interviewed candidate Obama about the future of the coal industry.

If somebody wants to build a coal power plant they can, it's just that it will bankrupt them because they are going to be charged a huge sum for all that greenhouse gas that's being emitted.

Did Machin condemn those statements as the presidential election wound to its close?

Of course not, he defended the destruction of the coal industry.

As recently as July of this year, Manchin endorsed ObamaCare and Obama himself. 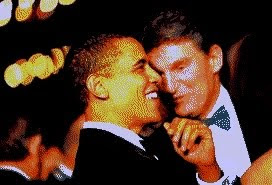 ...Manchin said that he would vote for the health care bill if he were a congressman. The panel's moderator, journalist Karen Tumulty, asked Manchin and other governors on the panel, "If you were a House member ... and you've got your choice: vote up on the Senate bill or vote down on the Senate bill, how do you vote?"

"I'd be for it," Manchin replied. "You have to move this ball forward. ... I have never, since I've been in the legislative process, and since I have been governor, I have never got a perfect bill."

Manchin went on to praise Obama--who has a 35 percent approval rating in West Virginia, according to Rasmussen--for devoting so much time and energy to passing the health care bill:

"You need to praise this president and this administration for sticking with this as long as they have. I'm not seeing this much commitment in anything else that we've gotten in the political process. We could have easily - and he could have easily - folded his tent... For that you've got to give him credit."

Joe Manchin can say whatever he wants now.

But -- in the crucible -- Manchine melted into traditional Democrat mush.

And if is sent to Washington, he'll be the low man on the Democrat totem pole. That means he'll have to toe the party line if he expects to get any plum committee assignments.

Which means he'll be voting for the Democrat agenda. And the continued destruction of the coal, oil and gas industries in this country.

John Raese is a fine Candidate.

Manchin deserves every disaster he inherits. It is another fine post.

Like Carter, Clinton, before, Obama has revealed so many 'cons' who were fooling Americans with a lie.

Manchin is as misguided as it comes, and this fraud the Democrats are not all a bunch of leftist incompetents has been exposed yet again.

Here is another great RACE with a Chance a real American from the Private Sector can stun all:
"Scott Sipprelle Invades The Homeland"

Tigerhawk is outstanding. If Democrats lose Princeton, NJ, it is nearly the same as losing San Francisco in political partisan devotion.

Interesting to see the San Francisco newspaper referenced here. As tonight it is very hard to pull for the Giants, because San Francisco gave us PELOSI.

Texas may be struggling in game one, but I have to see this in political terms as well as baseball. How could anyone pull for FRISCO after this mess they have given us in the form of disastrous Democratic Partisan policies?